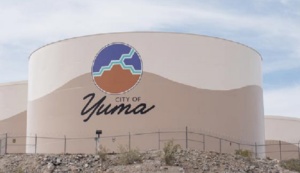 -Results are preliminary and unofficial

Yuma, Ariz. – The City of Yuma held its primary election Tuesday, Aug. 27, where voters had their first opportunity of this cycle to elect candidates for three at-large seats on the City Council and one judge on the Municipal Court.

Per Yuma City Charter, Article IV, Section 5, any candidate receiving votes constituting a majority of all ballots cast in the primary is elected to office. Judge Umphress meets that threshold and will be re-elected to her seat.

As of 8:35 p.m. Tuesday, approximately 868 ballots remain to be counted. These are “late early” ballots turned in Tuesday and provisional ballots. The City believes the unofficial final tally could be completed on or by Friday, Aug. 30.

Candidates for City Council will move to the general election in November at a rate of two candidates per seat.

Votes will become final and official once canvassed by the Yuma City Council.