Impacts of the United States Tax Reform in 2018

“The tax reform of the United States is the largest tax modification in the country for decades. By increasing the national debt at a time when the economy is doing well, the fiscal proposal threatens to leave Congress with less room to maneuver to respond when recovery of the great economic recession finally ends”, said Dr. Alejandro Díaz Bautista, economist, national researcher of Conacyt as well as research professor of El Colegio de la Frontera Norte (El Colef).

The debt should now be paid so that, if we have a war or an economic recession and we have to use tax cuts or increase government spending, we are in a position to do so. The national debt of the United States in hands of the public has increased almost three times in the last decade to almost 15 billion dollars at the present. We know that it is wrong to finance a tax cut in a full-employment economy with a fiscal deficit when we already have a high deficit. 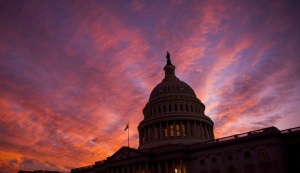 The reform will greatly increase the already high levels of wealth, inequality and income inequality among the richest one percent and the poorest 50 percent of Americans. The dramatic cuts in social benefits will destroy protections that are already full of gaps and omissions.

Republicans argue that the tax reform would reduce the corporate tax rate to 20% from 35% and encourage companies to repatriate profits abroad, so it will pay itself with much faster economic growth.

The Joint Tax Committee (JCT), the body responsible for keeping tax bills in Congress, estimates that the tax reform will only generate enough growth to create some 408,000 million dollars in new net income during the next decade. That means that, even including the economic impulse of the tax plan, the bill would still add about 1 trillion dollars to the deficits. In other words, tax cuts could pay less than a third of their cost.

On the other hand, the eight-year recovery of the Great Recession has not been solid, but it has been resilient. It is the third longest economic expansion in history. When a new economic recession hits, the government’s borrowing costs may not be as absurdly cheap as they are now.

Fed Chair Janet Yellen told Congress that the debt burden of the United States is very worrying and should keep people from falling asleep. Yellen said the problem will worsen as the country’s population ages because spending on Medicare, Medicaid and Social Security will exceed tax revenues. The Republican Party’s tax plan could leave Congress with less financial flexibility to face these long-term challenges.

Among the impacts that can be foreseen, the following would be highlighted: The reform can prolong the bonanza cycle of the North American economy, which is already eight years old in positive territory. This effect is positive for the Mexican economy, because the cycles of the United States and Mexico are synchronized.

A short-term negative impact is due to a possible contraction in direct foreign investment flows from the United States to Mexico. A lower foreign investment could generate lower growth in the Mexican economy, and a higher exchange rate pressure.