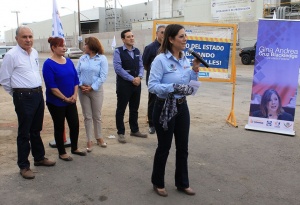 During her tenure, congresswoman Gina Cruz Blackledge, has managed to get about 10 million pesos for the rehabilitation of First Street of Delegation González Ortega in Mexicali, where she recently started s the resurfacing of another section of this important road.

The president of the Finance and Public Credit Commission of the LXIII Legislature of the Mexican Congress has managed the paving of 3 stretches of the First Street, the first of which goes from the Santa Cruz River Avenue to the Aguanaval River, with an investment of 3 million 500 thousand pesos, a second section goes from the Avenida Río Támesis to Río Verde, with an investment of 3 million, 900 thousand pesos.

On this occasion, the work will be carried out from Rio Verde Avenue to Rio Atoyac, with an investment of 2 million pesos, which includes the construction of totally new pavement, the replacement of hydraulic, sanitary and rainwater lines, as well as vertical signage and horizontal, laces and sidewalks.

Gina Cruz explained that the rehabilitation of the First Street was one of the requests received in the campaign, so in coordination with congressman Exaltación González, together have been given the task of managing resources for the rehabilitation of this road that for years, the neighbors have requested its improvement and for which until today, they’ve been able to start the work, and hope to conclude the paving of this road next year. 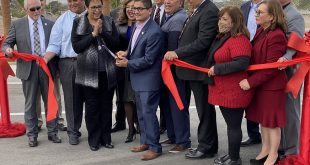 -Editorial In what was celebrated as a big achievement that will benefit the region, the …