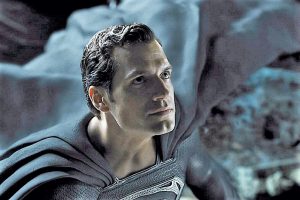 A movement that started years ago by Justice League fans that demanded to see the version that movie director Zack Snyder had originally penned will see their victory onscreen on March 18 as Zack Snyder’s Justice League will make its debut on HBO Max.

Many believed that the “Snyder Cut” didn’t exist and would be impossible to make. Zack Snyder left the movie after disagreements with the studio and the death of her daughter force him to leave the movie. Another Director came in and changed major parts of the movie that fans did not like. A petition to “Release The Snyder Cut” gathered millions of signatures. The studio could no longer ignore the call and decided to release this new version on HBO Max. Depending on the reception the film gets, it might decide the future of DC Films and the possibility that Zack Snyder could direct Justice League parts two and three. The success of this film will also determine how movies will be presented on streaming platforms.

The theatrical Justice League, released by Warner Bros. in 2017, suffered a difficult production. Its script underwent major changes before and during production between 2016 and 2017. In May 2017, Snyder stepped down during post-production following the death of his daughter, and Joss Whedon was hired to finish the film, completing it as an uncredited director. Whedon oversaw reshoots and other changes that incorporated a brighter tone and more humor and cut the runtime down significantly following a mandate from Warner Bros. The theatrical Justice League was a box-office bomb and received mixed reviews, leading Warner Bros. to re-evaluate the future of the DCEU and focus development on individual films.

As details surfaced about the film’s troubled production and its state before Snyder stepped down, many fans expressed interest in an alternate cut more faithful to Snyder’s vision. Fans and members of the cast and crew petitioned for the release of this, which they nicknamed the Snyder Cut. At the time, industry insiders regarded the release as unlikely. However, Warner Bros. decided to move ahead with it in February 2020; in May, Snyder announced that the original cut would be released as Zack Snyder’s Justice League via the streaming service HBO Max. It cost around $70 million to complete the visual effects, score, and editing, with new material filmed in October 2020. The cut was originally planned to be released as both a miniseries and a four-hour film, but plans for the miniseries were scrapped by January 2021. The film was dedicated to Snyder’s daughter.

There are many differences between the theatrical Justice League and Zack Snyder’s Justice League. While the basic framework of the story is the same, dozens of additional scenes, backstories, mythos, worldbuilding elements, new characters, and teases for upcoming films are present in Snyder’s version but not the theatrical release.

One of the changes will be the introduction of Darkside in the movie. Darkseid did not appear in the theatrical cut, meaning Zack Snyder’s Justice League will mark the character’s first appearance in a live-action film.