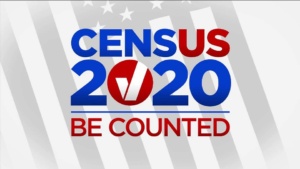 To help boost awareness of the 2020 Census, the City of Yuma will host the first in a series of Census parades and free ice cream socials starting at 6 p.m. this Thursday at Carver Park, 5th Street, and 13th Avenue.

Between 10 and 15 City vehicles will participate in the parade, which will broadcast messages about the importance of filling out the Census. Additionally, the messages will notify neighbors that Census workers will soon appear in their neighborhood to knock on the doors of those who have not completed this year’s Census.

Residents can “stop the knock” by answering the Census online at my2020Census.gov.

To thank neighbors for participating, the City will offer free ice cream sandwiches and popsicles at the park while supplies last.

Census enumerators will be on hand to assist residents with questions and demonstrate how easy, quick, and safe it is to fill out the Census at my2020Census.gov.

Held only once a decade, the constitutionally mandated census is a complete count of every living person in the United States.

Census data determines the distribution of seats in the U.S. House of Representatives and is used for economic development, emergency preparedness, and community initiatives involving legislation, quality-of-life issues, school planning, and consumer advocacy.

In Yuma, the City has used Census data for the following activities:

Population and housing counts and projections for transportation planning.

Population and housing counts and projections for fire station planning.

Housing counts and projections for water and sewer utility planning.

Population and housing counts for annexation.