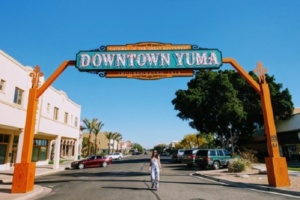 Recognizing the economic challenges that many businesses are experiencing, community and government leaders in the Greater Yuma Area have come together to create the Greater Yuma Economic Resource Portal, www.gyerp.org.

Additional links to business support programs will be included as the United States Congress and the Arizona State Legislature act to provide businesses possible financial and regulatory relief.

With the United States Congress expected to act on another stimulus bill over the next several days, it is important for local businesses and workers to understand the programs and funding in place to keep them afloat and workers paid until the economy stabilizes. However, support will also be needed during recovery, and the page will include ways to jumpstart businesses during this period.