Breaking News
Home / REGIONAL / WOULD MARIJUANA LEGALIZATION BE A SOLUTION?

WOULD MARIJUANA LEGALIZATION BE A SOLUTION? 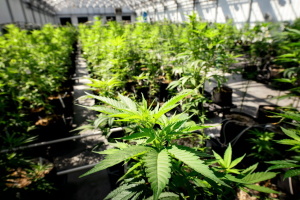 Although it is considered by some “experts” to be the most harmless illegal drug there is, marijuana still causes a lot of problems.

In many states, marijuana is already legal for medicinal purposes. This comes after years of organized groups pushing for the drug to be legalized for patients, to treat things like chronic pain, nausea, and anxiety. Many people are trying to make marijuana completely legal, but that kind of progression seems pretty far off.

What if marijuana was completely legal? The marijuana debate has many people wondering the answer to that question. People are very polarized on the topic, and both sides think they can predict what would happen if marijuana was legalized.

States like California that allow marijuana to be used and grown for medical purposes are a good place to start looking, but we can’t use them to predict accurately because marijuana is still illegal in our country, according to the federal government. That affects how the drug is sold, transported, and taxed.

True and complete legalization for marijuana would have implications that we just can’t predict. No society has suddenly made marijuana, which is used and abused in private across the country, free and legal for all to use. Experts on the subject are more than willing to make guesses at what would happen if marijuana was legal.

Scientific studies may have conflicting results, but overall they link smoking marijuana to heart and lung disease, throat cancer, and a decreased memory capacity. Therefore, making marijuana legal would increase the number of people being affected by these diseases. Others point to the staggering amount of drugs that have been seized coming into the United States. They point to how drug use is strongly linked to criminal activity, and predict that legalizing marijuana would lead to an increase in violence and crime.

The federal government, which overall is working to keep marijuana illegal, agrees that there is no real benefit to legalizing marijuana.

Those who want to see marijuana become legal claim that the drug war is failing, that people arrested and imprisoned for marijuana use are not cured of their habit during time spent in jail. They predict that legalizing and controlling marijuana would decrease crimes associated with the substance, and lead to safer and more responsible use of the substance.

Those in favor of legalization also point to the medicinal uses for marijuana. It relieves nausea suffered by cancer patients undergoing powerful chemotherapy. It is also used by patients who have multiple sclerosis, glaucoma, and AIDS.

Some groups that are working to reform marijuana laws, make the following summary: “Legalizing marijuana won’t address drug use.  It will address marijuana use by regulating it like we do alcohol and tobacco. Legal marijuana would be an answer to many Americans’ health challenges.  Legal marijuana would raise tax revenues to benefit society and community. Legal marijuana removes the cost of arresting, prosecution, and monitoring on parole and probation and, by definition, eliminates crime,” but according to the National Institute of Drug abuse its use is widespread among young people.

Another fact is that the U.S. Food and Drug Administration (FDA) has not recognized or approved the marijuana plant as medicine.

Because the marijuana plant contains chemicals that may help treat a range of illnesses and symptoms, many people argue that it should be legal for medical purposes. In fact, a growing number of states have legalized marijuana for medical use.

Cannabinoids are chemicals related to delta-9-tetrahydrocannabinol (THC), marijuana’s main mind-altering ingredient that makes people “high.” The marijuana plant contains more than 100 cannabinoids. Scientists as well as illegal manufacturers have produced many cannabinoids in the lab. Some of these cannabinoids are extremely powerful and have led to serious health effects when misused.

There is growing interest in the marijuana chemical cannabidiol (CBD) to treat certain conditions such as childhood epilepsy, a disorder that causes a child to have violent seizures. Therefore, scientists have been specially breeding marijuana plants and making CBD in oil form for treatment purposes. These drugs aren’t popular for recreational use because they aren’t intoxicating.

State-approved medicinal use of marijuana is a fairly new practice. For that reason, marijuana’s effects on people who are weakened because of age or illness are still relatively unknown. Older people and those suffering from diseases such as cancer or AIDS could be more vulnerable to the drug’s harmful effects, but more research is needed.

Some of the negative effects of marijuana use are:

A recent analysis from the non-partisan California Legislative Analyst’s Office suggests that legalization will dramatically increase the level of marijuana consumption in California, mainly through lower prices. The ramifications of that will be significant.

Under the measure, the age to legally consume marijuana in California is 21, but it will be naïve to assume that easier availability will not have a trickle-down impact and that the drug will find its way to those under legal age. That may be the most powerful reason to oppose legalization.

Heavy recreational use of cannabinoids can adversely affect the brains of young people – that is, pre-adolescents to those in their early 20s – probably related to the continuing development of brain structures and functions in that age group. Such use can also affect the brains of people already exhibiting substance abuse issues or mental illness.

This should give anyone a quick idea and overview of the real negative effects and risks of cannabis use. There are some pain relief benefits in the use of marijuana but there are also many risks involved that are irreversible. Supporters of Its legalization at a federal level should also consider all those risk factors and social problems this would cause within young users and our community’s health. All of us should always have a complete picture of the offer, and take into consideration the downside of legalizing marijuana when voting.