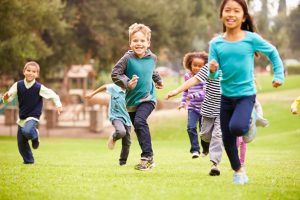 In countries all over the world, Children are the key to the future and an important part of our present. That’s why today, in many parts of the world, Children’s Day is celebrated to acknowledge them and remind people they need protection.

According to the World Health Administration, violence against children includes all forms of violence against people under 18 years old, whether perpetrated by parents or other caregivers, peers, romantic partners, or strangers. Globally, it is estimated that up to 1 billion children aged 2–17 years have experienced physical, sexual, or emotional violence or neglect in the past year.

Experiencing violence in childhood impacts lifelong health and well-being. Target 16.2 of the 2030 Agenda for Sustainable Development is to “end abuse, exploitation, trafficking and all forms of violence against, and torture of, children”. Evidence from around the world shows that violence against children can be prevented.

That’s why more than a day of celebration reminiscing the people’s childhood, it is also a call to meet their needs.

Children’s Day began on the second Sunday of June in 1857 by Reverend Dr. Charles Leonard, pastor of the Universalist Church of the Redeemer in Chelsea, Massachusetts: Leonard held a special service dedicated to, and for the children. Leonard named the day Rose Day, though it was later named Flower Sunday, and then named Children’s Day.

Children’s Day was first officially declared a national holiday by the Republic of Turkey in 1920 with the set date of 23 April. Children’s Day has been celebrated nationally since 1920 with the government and the newspapers of the time declaring it a day for the children. However, it was decided that an official confirmation was needed to clarify and justify this celebration and the official declaration was made nationally in 1929 by the founder and the President of the Republic of Turkey, Mustafa Kemal Atatürk.

International Children’s Day was first proclaimed in Geneva during the World Conference on Child Welfare in 1925. On 4 November 1949, June was established as the International Day for Protection of Children by the Women’s International Democratic Federation in Moscow. Since 1950, 1 June is celebrated as Children’s Day in many Communist and post-Communist countries.

On 14 December 1954, a joint resolution by India and Uruguay was passed in the UN General Assembly to encourage all countries to institute a Universal Children’s Day, firstly to promote mutual exchange and understanding among children and secondly to initiate action to promote the ideals of the UN Charter and the welfare of the world’s children. On 20 November 1959, The United Nations adopted the Declaration of the Rights of the Child. World Children’s Day is celebrated on 20 November to commemorate the Declaration of the Rights of the Child by the UN General Assembly on 20 November 1959.

Since 1990, World Children’s Day has also marked the anniversary of the date that the UN General Assembly adopted both the Declaration and the Convention on children’s rights.

Mothers and fathers, teachers, nurses and doctors, government leaders and civil society activists, religious and community elders, corporate moguls and media professionals, as well as young people and children themselves, can play an important part in making World Children’s Day relevant for their societies, communities, and nations.

World Children’s Day offers each of us an inspirational entry-point to advocate, promote and celebrate children’s rights, translating into dialogues and actions that will build a better world for children.