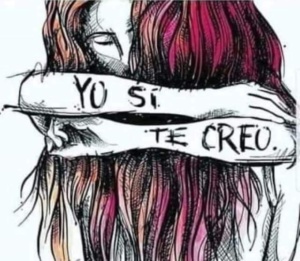 Due to the recent wave of murders and attacks towards women in Mexico, a national women’s strike has been called in order to raise awareness against violence gender violence.

Feminists activists in Mexico are calling for a national strike on March 9. Women are planning not to go to work, go to school, take their daughters to school, and not purchase anything. They are also urging men to be their allies and help women that day. The aim is to give visibility to the role women have in Mexico and to make a strong statement against femicide, misogyny, and inequality.

Violence against women in Mexico includes different forms of “gender-based violence” and may consist of emotional, physical, sexual, and/or mental abuse. The United Nations has rated Mexico as one of the most violent countries for women in the world after comparing its rankings of these different types of violence to other countries around the world. According to the National Institute of Statistics and Geography in Mexico (INEGI), 66.1 percent of all women age 15 and older have experienced some kind of violence in their lives.  Forty-nine percent have suffered from emotional violence; 29 percent have suffered from emotional-patrimonial violence or discrimination; 34 percent from physical violence; and 41.3 percent of women have suffered from sexual violence. Of the women who were assaulted in some form, 78.6 percent of them have not sought help or reported their attacks to authorities.

Femicides in Mexico increased by 10% between 2018 and 2019 and from seven a day in 2017 to ten per day in 2019—a total of 1,006 cases officially reported. The designation feminicidio (femicide), which involves criteria such as signs of sexual violence and a close relationship with the suspect, maybe an understatement because several states do not use the designation at all.

The sharp rise in such murders sparked a series of protests in February 2020 throughout Mexico and presents a major challenge for President Andrés Manuel López Obrador and his administration. One case that drew particular fury was the murder of Ingrid Escamilla, 25, who was skinned and disemboweled.

Another tragic case was that of Fátima Cecilia Aldrighett, 7, who was kidnapped after school on February 11. Her raped and tortured body was discovered on February 15. When the child’s mother was late in picking her up from school, she was turned over to an unrelated woman without identification.  Gladys Giovana Cruz Hernandez, who confessed to strangling the girl, and Mario Alberto Reyes Najara, who was looking for a young girlfriend, were arrested on February 19.