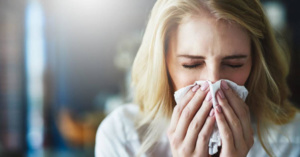 While the world is seeing an increase in cases of COVID-19, influenza needs to be addressed also.

The World Health Organization warned that the influenza season is coming and countries need to be alert.

“It took more than 2 months for the first 100,000 cases to be reported. For the past two weeks, more than 100,000 new cases have been reported almost every single day,” said Tedros Adhanom, Director-General of the World Health Organization.

Almost 75% of recent cases come from 10 countries, mostly in the Americas and South Asia. However, WHO also sees increasing numbers of cases in Africa, eastern Europe, central Asia, and the Middle East.

Even in countries that have demonstrated the ability to suppress transmission, countries must stay alert to the possibility of a resurgence, Tedros said.

“Last week, China reported a new cluster of cases in Beijing, after more than 50 days without a case in that city. More than 100 cases have now been confirmed.

The origin and extent of the outbreak are being investigated.” Tedros said.

While COVID-19 is the biggest problem right now, the world health organization invites all countries to be on alert for influenza.

Co-circulation of COVID-19 and influenza can worsen the impact on health care systems that are already overwhelmed.

More than 500 million people are vaccinated against flu every year, based on recommendations from WHO on the composition of flu vaccines.

These recommendations are based on data and virus samples collected and analyzed by WHO’s Global Influenza Surveillance and Response System, or GISRS.

“Influenza surveillance has either been suspended or is declining in many countries, and there has been a sharp decline in the sharing of influenza information and viruses because of the COVID-19 pandemic. Compared with the last three years, we’ve seen a dramatic decrease in the number of specimens tested for influenza globally.” He said.

These decreases are due to a combination of issues, including the repurposing of staff and supplies, overburdened laboratories, and transport restrictions. These disruptions may have short- and long-term effects, such as the loss of capacities to detect and report new influenza viruses with pandemic potential.