Breaking News
Home / ECONOMICS / What is the reason for the increase in the interest rate in Mexico, the United States and globally?

Federal Reserve chief Jerome Powell is under pressure as inflation accelerates. As part of its monetary policy strategy to stop the rise in inflation, the US central bank raised the benchmark lending rate by 0.75 percentage points, to a range between 1.5% and 1.75%.

The interest rate hike comes after inflation unexpectedly rose last month in the United States. Federal Reserve forecasts indicate that interest rates will reach 3.4% by the end of the year in the United States, a movement that affects Americans in aspects such as higher borrowing costs for credit cards or mortgages. Globally, many national central banks are following the US moves, marking an economic shift for the global economy as businesses and households have enjoyed low-cost loans to boost the economy in recent years.

That is a global environment that we have not become accustomed to in recent decades, and that will have ramifications for the business sector and for consumers around the world during 2022 and 2023. 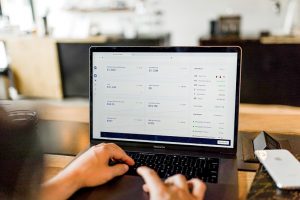 This is particularly relevant since during April inflationary pressures tend to decrease due to the reduction in electricity rates in the first fortnight of the month.

Inflationary pressures were concentrated in the core component, which includes less volatile prices and determines the path of inflation in the medium and long term.

If these pressures continue until June 2022, the inflation expectation would be revised towards 8% in Mexico. The rise in interest rates is already being reflected in more expensive new credit, mainly in financing offered to companies, payroll and consumer loans, and will affect economic growth in 2022.

From what we see in the markets, inflation will persist until 2023. Dr. Alejandro Díaz-Bautista, International Economist and Research Professor at El Colef.