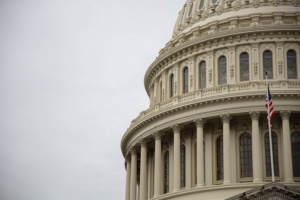 Congress and the White House again made no progress toward a coronavirus relief agreement as financial lifelines for Americans continue to expire. It could take weeks more for lawmakers to even agree on another aid package as no talks are scheduled and 2020 political conventions will consume the major parties for the next two weeks. House Speaker Nancy Pelosi has said she will not restart discussions until Republicans increase their aid offer by $1 trillion, a step the GOP does not want to take.

The Senate left Washington, D.C., on Thursday until September – the latest sign that a deal on a fifth coronavirus relief package is, at least, weeks away. But with talks stalemated, senators argue there is little reason for them to keep holding daily, roughly 1 1/2-hour session. The House already left town and isn’t expected to return until Sept. 14.

Democrats entered negotiations with a package of approximately $3.4 trillion to $3.7 trillion and have offered to reduce that price tag by $1 trillion. Republicans and the White House have refused to move from roughly $1 trillion.

House Speaker Nancy Pelosi criticized the Republicans for their lack of action.

“Hundreds of – excuse me, millions of families are on the verge of eviction in our country.  We tried to get this legislation earlier, in earlier COVID bills, they rejected it.  Now, the moratorium is coming to – has come to an end.  We need a moratorium – yes, they said the President was going to do a moratorium.  That would have been great, but a moratorium without money is not that great,” Pelosi said.