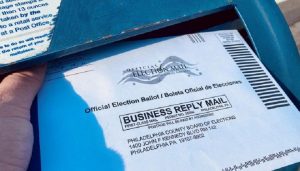 The nation saw a large voter turnout this week as people voted early or made long lines.

For many, they dropped their ballot in person or mailed it and they need to know if their votes have been counted. There is a system that allows voters to track their ballot.

BallotTrax is a secure software application that locates ballot envelopes. The system works with election officials and the Postal Office to send you messages when your ballot is received as well as notifies you if there is a discrepancy. By logging into the BallotTrax site, voters can see their mail-in ballot status and sign up for alerts.

The Imperial County Elections Department has been informed that voters registered with BallotTrax were advised that their ballot for November 3rd General Election has not been received.

When voters mail or drop ballots off at an official ballot drop off location, there is a series of processes and verification steps that must be followed by election officials.  Due to the high volume of ballots currently being received by the Registrar’s Office, voters should expect this process to take longer than past election cycles.

“Recipients of this message should not assume that the Registrar’s Office has not received their ballot and voters should not be overly concerned.  Ballots are being processed and new updates are synchronized with the BallotTrax system each day,” said Linsey Dale, Imperial County Public Information Officer.

Dale said staff will continue to work diligently to process ballots as they are received and wishes to thank the public for their patience.