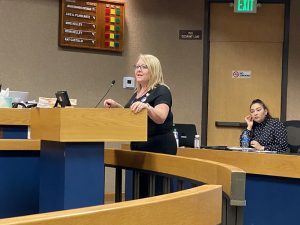 The campaign is over and the votes have been casted in the primary election of 2022. Only four percent of the voters participated according to information provided by the election department at 11 p.m. on June 7.

The Imperial County Registrar of Voters posted its first election result numbers at 8 p.m. showing an early trend in the results. The elections department has 30 days to finalize the vote count.

Under Proposition 14 passed in 2010, California uses a nonpartisan blanket primary for its races. All the candidates for the same elected office, regardless of their respective political party, run against each other at once during the primary. The candidates receiving the most and second-most votes in the primary election then become the contestants in the general election.

The local race in Imperial County had some interesting results.

In the Imperial County District Attorney’s race, Mario Vela had a strong lead by being the top vote-getter followed by public defender, George Marquez.

For County Sheriff, Undersheriff Fred Miramontes had a commanding lead against Hilton Smith.

The rest of the races such as Imperial Irrigation District and Imperial County Assessor were too close to call on election day and might be decided by a small margin when the final results are published.