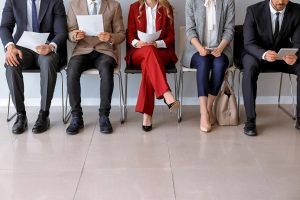 California is struggling to recover from new unemployment claims, with last week’s claims higher than at the start of 2020, according to WalletHub’s updated rankings for the States Whose Unemployment Claims Are Recovering the Quickest.

Weekly unemployment claims in California increased by 85.47% compared to the same week in 2019. This was the 12th smallest increase in the U.S.

Weekly unemployment claims in California increased by 93.91% compared to the start of 2020. This was the 24th biggest increase in the U.S.

Weekly unemployment claims in California decreased by 77.49% compared to the same week last year. This was the 18th smallest decrease.

“If the U.S. fails to reach ‘herd immunity,’ that wouldn’t be ideal, but it also wouldn’t prevent us from getting things back to normal. A significant portion of the population is getting vaccinated, which will still greatly reduce the transmission rate and threat of the disease. As a result, we should see a continued decline in unemployment,” said Jill Gonzalez, WalletHub analyst. “The U.S. has already made big strides toward a full reopening. The more people who choose to get vaccinated, the smoother that reopening will be and the greater companies’ hiring capabilities will be.”

The COVID-19 vaccine is now available to all Americans. How should we expect that to impact unemployment?

“Since the COVID-19 vaccine is now available to all Americans, we should expect to see a significant decline in unemployment in the near future. There are two major reasons that unemployment will decline. The first is that the country will soon be able to proceed to a full reopening, and the second is that there will be more consumer confidence, both of which will cause a surge in business revenue,” said Gonzalez. “As businesses make more money and serve more customers, they will increase their hiring. One thing that could slow the unemployment recovery is people who do not want to return to the workforce, either due to safety concerns or because they make a similar amount of money through unemployment insurance.”

As the economy opens, more businesses will require workers to be fully vaccinated.

“It is likely that some companies will require getting the COVID-19 vaccine as a condition for employment, with obvious exemptions for people who are medically unable to receive it,” said Jill Gonzalez, WalletHub analyst. “Companies should be able to have a COVID-19 vaccine requirement because they need to do everything in their power to keep their workers and customers safe. In addition, the more companies that require employees to get a vaccine, the faster we will be able to achieve a full reopening.”

But there is a difference in recovery between Republican and Democratic states.

“With an average rank of 27 among the most recovered states, blue states had a worse recovery from unemployment claims last week than red states, which rank 25 on average,” said Jill Gonzalez, WalletHub analyst. “The lower the number of the ranking, the bigger the state’s recovery was.”