President Trump’s government still plans to enforce the USMCA entry into force on June 1 amid economic disruptions caused by the COVID-19 pandemic.

Trump indicated that he will continue with the trade agreement signed between the three countries. Shortly after 19 Finance Committee senators urged United States Trade Representative Robert Lighthizer to delay the launch of the United States-Mexico-Canada Agreement, President Donald Trump has indicated that the USMCA proceeds as originally planned. “The USMCA must come into effect to support supply chains in North America in the face of the unprecedented decline in the economy due to the Coronavirus pandemic in 2020,” said Dr. Alejandro Díaz-Bautista, economist, as well as a research professor at the Northern Borders College (El Colef).

A variety of US companies, from 3M’s supplier of N-95 masks to suppliers of much-needed goods, as well as defense contractors, are concerned that Mexico’s response to the Coronavirus may be hampering its ability to produce food, medical products, and other critical items during 2020. 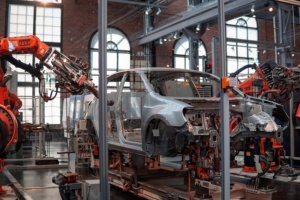 There is an urgent need for Mexico to synchronize its guidance with the United States on what is considered essential during the pandemic, as it is increasingly clear that the closure in Mexico could complicate efforts by President Donald Trump to reopen the economy in 2020.

This is a crucial time for North America and for the world. Governments are urgently working to equip healthcare providers and other front-line workers with the resources they need to save and protect the lives of our fellow citizens.

Canada and Mexico certified on April 2 that they are prepared to implement the new North American trade agreement, leaving only the United States to complete the last step required before the agreement takes effect in the coming months.

Remember that the change in trade rules in North America was one of President Trump’s promises during the election campaign for his presidency in 2016 when the then candidate called NAFTA the worst trade agreement in the history of the United States.