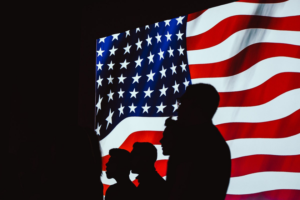 On Dec. 10, USCIS issued separate policy guidance in the USCIS Policy Manual about how two or more convictions for driving under the influence or post-sentencing changes to criminal sentencing might affect GMC determinations.

“In the Immigration and Nationality Act, Congress determined that good moral character is a requirement for naturalization,” said USCIS Deputy Director Mark Koumans. “USCIS is committed to faithfully administering our nation’s lawful immigration system, and this update helps to ensure that our agency’s adjudicators make uniform and fair decisions concerning the consideration of unlawful acts on good moral character when determining eligibility for U.S. citizenship.”

Under the Immigration and Nationality Act (INA), an applicant for naturalization must establish GMC. Although the INA does not directly define GMC, it does describe certain acts that bar establishing GMC of an applicant. Examples of unlawful acts recognized by case law as barring GMC include, but are not limited to, the following:

In general, applicants must show they have been, and continue to be, people of GMC during the statutory period before filing for naturalization and up until they take the Oath of Allegiance. The statutory period is generally five years for permanent residents of the United States, three years for applicants married to a U.S. citizen, and one year for certain applicants applying on the basis of qualifying U.S. military service.

USCIS officers must continue to perform a case-by-case analysis to determine whether an act is unlawful and adversely reflects on an applicant’s good moral character. They must also determine whether there are extenuating circumstances. An extenuating circumstance must pertain to the unlawful act and must precede or be contemporaneous with the commission of the unlawful act. Training for adjudicators will be updated to reflect this expanded guidance.