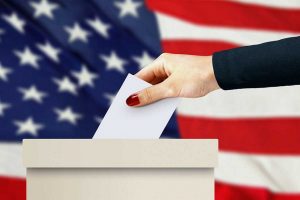 With thousands of unprocessed ballots yet to be counted as of Nov. 11, the results of Election Day have not changed but there are still races too close to call as the election department still has one month to publish the final results.

The Imperial County Registrar of Voters issued an “Unofficial Election Results” update on the Registrar’s website at www.elections.imperialcounty.org/ for the November 8 General Election. This will not be a final tally of all ballots.

For Imperial County District Attorney, George Marquez was leading with 8,644 votes against Mario Vela with 8,004.

Supervisor Ray Castillo was trailing challenger John Hank in the preliminary results. Hawk was leading with 1,698 votes against Castillo’s 1,434 votes.

It looks like Calexico City Council will have two young council members going forward. Raul Ureña and Gilberto Manzanares are leading the race. Ureña is in the lead with 1,107 votes and Manzanarez with 1,082.

For Imperial City Council, James Tucker, Stacy Mendoza, and Ida Obeso-Martinez are in the lead.

In the Brawley City Council race, Gil Rebollar and Luke Hamby have a comfortable lead.