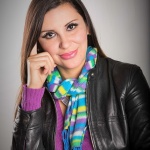 On Monday, April 30, the presidential plane landed at the naval base facility in El Centro, California, where the vice-president of the United States, Mike Pence, arrived. He visited the Imperial Valley for the second time.

This happened after a visit to Southern California that started from the city of Los Angeles, where he landed on Saturday, April 20 in the afternoon, then making a tour to San Diego and ending in the border city of Calexico in order to inspect a section of the border wall along the border with Mexico, decision made by the White House after receiving information on the construction of the wall from officials of the Customs and Border Protection Agency, CBP.

Pence began his tour in El Centro, where he met with agents and officials of this agency and National Security at the Main Station of CBP.

Pence mentioned in his speech that the sector of El Centro, is “an important sector” and “a vital agency” reason why he thanked them for their courage to protect the border. He also stressed that on behalf of President Trump he came to share a message with them. Pence also said that the Imperial Valley region is a channel for drug trafficking coming from Mexico to the United States. He said there has been a 73% increase in attacks to border patrol agents.

Pence stressed the importance of collaboration between agents from the Yuma region and Imperial County, which is important for the country’s safety and with an anti-immigrant rhetoric said that the caravan of immigrants who traveled to Tijuana in order to cross the border, have motivated President Trump’s initiative to raise the wall and protect the nation.

After his appointment at the border patrol station in El Centro, US Vice President Mike Pence went to Calexico to inspect the construction of the border fence around 12:50 p.m. and together with National Security and Border Patrol officials walked around the fence which took a little over an hour.

This barrier has been under construction for the past few months and will help the border patrol to be more vigilant to prevent illegal immigrants from crossing the border.

The plans for this border fence were approved by former President Barack Obama in 2009 and its construction began on February 12 of this year.