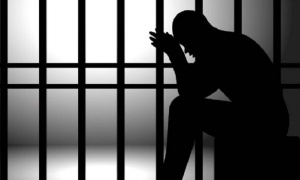 They say that behind every Domestic Violence case there’s always something hidden, or a true story. But in these type of cases how can a prosecutor know the truth, the real truth? Is the legal system prepared enough to find out the truth? Do they have the means or willingness to find out? Are they actually working towards the benefit of families or is it a broken and unfair system working towards the destruction of people and families? Make a quick guess.

Alan separated his wife with whom he’s been married for almost two years. At the beginning of the relationship everything seemed to be normal. He felt very attracted to her and she felt the same, each one of them had been divorced before but this time they both think it would be different. So, a year passed and Tina started acting weird. She started showing serious jealousy sings, and an obsessive-compulsive behavior. She was jealous of nearly any woman around Alan, even his own family, cousins or co-workers. Alan rented a house and she harassed Alan’s tenants with different excuses, just for the sake of feeling some sort of ownership over the property. Her insecurities arose stronger with time and now she became a nightmare in Alan’s life, making him even lose many valuable friendships of years.

So one day, Alan decided to separate and start divorce from Tina. He was tired of all the scandals and negative actions she’s done to his friends in public and private. He wants to live a peaceful life now. So he decides to separate. As a border patrol agent with over 30 years in service he works different shifts and long hours, so he usually gets home tired and tries to relax, hanging out with friends or simply watching movies in his now “single-man’s apartment”, but all the sudden and to his surprise, one night Tina went crazy, she had gone out with some friend and after a few drinks decided to go look for Alan at his apartment, thinking they could have a passionate night and go back together.

She knocks at his door and no one responds, but she could see his car parked outside his apartment, so she assumes he’s sleeping with another woman reason why he’s not answering, then now she gets very angry and she’s looking for revenge. Tina is known for being a serious trouble-maker but Alan is not violent, he’s a very friendly folk and has long time friendships with many people who know him very well and who have been disappointed about him marrying someone like Tina, “the troublemaker”. He has never been involved in any domestic violence situation with any of his previous partners, but now, from the inside of his apartment he heard the police knocking on his door, demanding him to open it immediately. So as soon as he opens the door he gets hand-cuffed and he’s taken to county jail where he spent the night after his wife called the police on false accusations, taking advantage of the broken legal system there is, and making him have a lesson for not opening the door to her since, may be, he was with another woman.

Then Alan is charged with a misdemeanor domestic violence charge, he loses half of his working hours and is taken away his gun from work as a border patrol agent, now he has to hire an attorney to get those charges dropped in order to avoid losing his job and spends a minimum of 10,000 dollars, goes to trial, uncertain and confused for not knowing what his future will be. So he gets back to Tina and does anything she wants.

Domestic Violence Laws are wrongfully enforced where it splits families and punishes the innocent as well as the offender. No one should be able to make false accusations against anyone and no justice system should enforce that. A conviction can tear families apart, and, in many situations, is completely unnecessary. Furthermore, a research shows that sending people to jail for these offenses is not helping to curb future acts. In cases where an incident truly happened, arguments can quickly turn into yelling, which can easily get the cops called on someone or their loved ones. When things spiral out of control, people can make decisions fueled by anger, jealousy, rage, or hurt to try and fix the problem, but what happens if they change their mind?

California domestic violence prosecutors would like the public to believe that every person who files charges against another for domestic violence is a victim, but that is not always the case. Some people can truly use the system to their benefit and convenience and lie! There are many instances where persons press charges for domestic violence when no violence occurred. When people are desperate, hurt, or angry, they can make decisions that are out of character, resulting in negative repercussions for the ones that they love most.

California laws reflect a general assumption that victims of domestic violence, even if they have suffered serious injury at the hands of another, regularly try to protect their aggressor. But this is only an assumption and shouldn’t be a rule.

We interviewed Assemblymember Eduardo Garcia about DV laws in California and how they get enforced. He told us that the California Legislature has worked toward improving these laws to protect women and victims of violence in California, especially children. He said that states send important funds and grants to counties so they can prosecute these cases and protect victims of violence, but there must be due process, which starts with the first contact: the police.

“In order to make these laws fair, police officers who answer 911 DV calls must be properly trained” said Assemblymember Garcia. “They have to be experienced officers with a special training in domestic violence cases in order to make the right decisions when attending a DV call”, but unfortunately most cities’ police departments lack this special group of trained professional police officers who end up making the wrong decision in an incident scene.  Another problem is the lack of a balanced group of police officers, meaning that police departments should have an equal number of male and female officers, so that unbiased and fair treatment can be offered to every case. For instance, in imperial county, each police department has only a total of 2 to 3 women police officers, making the majority male officers who lack experience and special training in these type of cases, going from officers who have worked at the corporation for only about one year, to officers who are totally biased and have attitudes or preferences toward preferred arrests (male or female), resulting in unfair treatment to parties involved in a DV issue.

Almost 1 million a year in grant money to prosecute these type of cases is received by the local District Attorney’s office, about 400k every 6 months. So, that money is put into finding victims, charging those possible offenders and sending them to trial. In the meantime, those cases get prosecuted even when the victim tried to drop the charges.

Because it is well known that battered women will defend their abusers, prosecutors have a wide-spread policy of not dropping D.V. charges no matter what the “victim” says. If she or he confesses that the D.V. report was a lie born of anger and rage, they assume otherwise and continue prosecuting. The “victim” does not have the right to drop charges. In fact, once the 911 call is made, the couple has lost control over their relationship for a while. It’s in the hands of the police, prosecutors and judges.

Every year, an estimated one million Americans are arrested on DV charges. Typically they spend several days in jail. According to the criminal justice review only 30.5 percent of those arrested are convicted. The vast majority of those convicted plead guilty to a lesser crime to avoid trial and possible imprisonment. Thus the percentage of those actually guilty of DV may be considerable lower than 30.5 percent.

70 percent of arrested muggers were released without charge, if most of the 30 percent detained were given plea deals, questions would arise about overzealous, police and prosecutors. With DV the opposite happens. The low conviction rate brings cries for more aggressive policies and prosecution. Why?

DV is a deeply politicized issue. Gender feminists cast it as a quintessential crime of male oppression, get tough? Prosecutors and politicians use it as a career path; and an industry of researchers, social workers, lawyers, therapists, and other experts acquire status and income from DV. The incentives are for more and not less enforcement, and those accused become increasingly vulnerable to false accusations and the suspension of their due-process rights.

Every October Domestic Violence (DV) Awareness month is celebrated in the United States, but the flurry of articles, speeches, and calls for increased funding omitted crucial data. Current DV arrest policies are blatantly unjust and need to be reinvented. The fact of the matter is that no Justice System whose decisions are based on their source of income can be fair.

DV policies vary from state to state, but the general trend is common. Decades ago DV was usually classed as a misdemeanor, and an officer could not make a criminal arrest unless he witnessed the abuse or had an arrest warrant. Instead the emphasis was on separating the parties. In the early 80s DV advocates protested this and states began to allow warrantless arrests for unwitnessed incidents. Probable cause was still required; typically it was based on the presence of physical injury.

The federal Violence against Women Act of 1994 (VAWA) changed the landscape in at least two significant ways.

First, VAWA provided grants to states to promote arrest and enforce restraining orders. In 2007, for example, Alaska received almost $16 million in grants. Second, VAWA endorsed mandatory arrest policies that legally require police to detain an accused even without clear evidence. According to the American Bar Association Commission on Domestic Violence, as of 2007 19 states and the District of Columbia had such policies. The concept of probable cause is not abandoned, but arrest practices often discard it in several ways, including: assuming abusers are male (for example), the Nebraska statute refers to suspects with the words he and his; counting vague concepts such as fear of imminent serious physical injury (as in the Oregon statute) as probable cause; and strongly advising police trainees to err on the side of caution and believe the accuser.

Domestic Violence Laws definitely need to be urgently reformed, especially towards false accusers who are not being prosecuted for lying and making false accusations against someone, leaving a trace to more and more people lying and manipulating the system. Prosecutors argue that if they ever prosecuted a woman or man for making a false report of D.V. and having someone falsely arrested, it would discourage other battered victims from ever calling 911.

An anonymous attorney said: “In 38 years of criminal defense law practice, I have neither seen nor heard of even one person prosecuted for making a false D.V. complaint. People who like to use false D.V. complaints as “payback” for some grievance, grudge or emotional hurt, have total functional immunity for doing so”.

The domestic violence justice system, in our opinion, is seriously distorted from normal justice enforcement. Real victims can be really protected from real violence without encouraging all this gamesmanship. Serious and real crimes must be prosecuted and these kind of unfair proceedings against innocent people must stop, as well as enforcing punishment to people who lie and manipulate the system in their favor. Domestic Violence Laws urgently need to be reformed.