Unemployment Numbers Continues to Be Affected by Pandemic in January 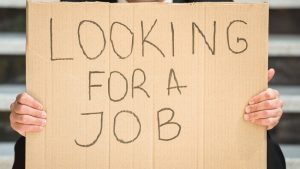 The labor market continued to reflect the impact of the coronavirus (COVID-19) pandemic and efforts to contain it. In January, notable job gains in professional and business services and in both public and private education were offset by losses in leisure and hospitality, in retail trade, in health care, and transportation and warehousing.

In January, the unemployment rate fell by 0.4 percentage point to 6.3 percent, and the number of unemployed persons decreased to 10.1 million. Although both measures are much lower than their April 2020 highs, they remain well above their pre-pandemic levels in February 2020 (3.5 percent and 5.7 million, respectively).

Among the unemployed, the number of persons on temporary layoff decreased in January to 2.7 million. This measure is down considerably from the recent high of 18.0 million in April but is 2.0 million higher than its February level. The number of permanent job losers, at 3.5 million, changed little in January but is 2.2 million higher than in February. The number of reentrants to the labor force decreased in January to 2.0 million. (Reentrants are persons who previously worked but were not in the labor force before beginning their job search.)

In January, the number of persons jobless less than 5 weeks decreased to 2.3 million. The number of long-term unemployed (those jobless for 27 weeks or more), at 4.0 million, was about unchanged in January and accounted for 39.5 percent of the total unemployed.

The number of persons employed part-time for economic reasons, at 6.0 million, changed little in January. This measure is 1.6 million higher than the February level.

These individuals, who would have preferred full-time employment, were working part-time because their hours had been reduced or they were unable to find full-time jobs.

The number of persons not in the labor force who currently want a job, at 7.0 million, edged down in January but is 1.9 million higher than in February. These individuals were not counted as unemployed because they were not actively looking for work during the last 4 weeks or were unavailable to take a job.

The number of persons marginally attached to the labor force, at 1.9 million, decreased in January. These individuals wanted and were available for work and had looked for a job sometime in the prior 12 months but had not looked for work in the 4 weeks preceding the survey. The number of discouraged workers, a subset of the marginally attached who believed that no jobs were available for them, was little changed over the month at 624,000.