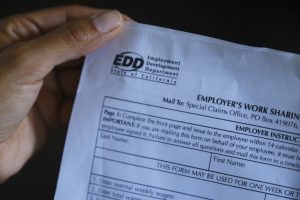 The total of unemployment benefits providing support for California workers and local economies during this historic COVID-19 pandemic has now hit $101 billion in just seven months. About $55 billion of that is in regular state-provided Unemployment Insurance benefits which is more than double what was paid in the three worst years of the Great Recession combined.

Since March, the EDD has processed approximately 15.2 million claims between the regular unemployment program and extension claims, as well as the separate Pandemic Unemployment Assistance program.

This website enhancement is providing a quicker and more efficient way to authenticate claimants and is significantly reducing manual workload that has led to backlogs. The latest data shows significant progress in the last three weeks.

It includes recent claim estimates based on the week ending September 19 to accommodate for a two-week reset period during which the EDD implemented a new identity verification tool at the beginning of the online application for benefits.

The EDD is issuing a 6th and final week of supplemental payments under the federal Lost Wages Assistance program in California. An estimated $6 billion lost wages payments have been issued over the last several weeks, including to more than 3.4 million claimants receiving the 6th of payments so far. Lost Wages Assistance funding supports an extra $300 payment for each week of regular unemployment, extension benefits, or federal unemployment benefits-eligible Californians already received for the weeks between July 26 and September 5.

The additional $300 payments can only be issued to claimants meeting these eligibility requirements: