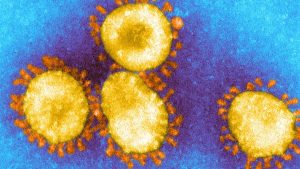 The first reported U.S. case of the COVID-19 variant that’s been seen in the United Kingdom has been discovered in Colorado, Gov. Jared Polis announced Tuesday, adding urgency to efforts to vaccinate Americans.

The variant was found in a man in his 20s who is in isolation southeast of Denver in Elbert County and has no travel history, state health officials said.

Elbert County is a mainly rural area of rolling plains at the far edge of the Denver metro area that includes a portion of Interstate 70, the state’s main east-west highway.

Information about the characteristics of these variants is rapidly emerging. Scientists are working to learn more about how easily they might spread, whether they could cause more severe illness and whether currently authorized vaccines will protect people against them. Currently, there is no evidence that these variants cause more severe illness or increased risk of death.

The virus that causes COVID-19 is a type of coronavirus, a large family of viruses. Coronaviruses are named for the crown-like spikes on their surfaces. Scientists monitor changes in the virus, including changes to the spikes on the surface of the virus. These studies, including genetic analyses of the virus, are helping us understand how changes to the virus might affect how it spreads and what happens to people who are infected with it.

Multiple COVID-19 variants are circulating globally. In the United Kingdom (UK), a new variant has emerged with an unusually large number of mutations. This variant seems to spread more easily and quickly than other variants. Currently, there is no evidence that it causes more severe illness or increased risk of death.

This variant was first detected in September 2020 and is now highly prevalent in London and southeast England. It has since been detected in numerous countries around the world, including the United States and Canada.

In Nigeria, another distinct variant also has been detected.