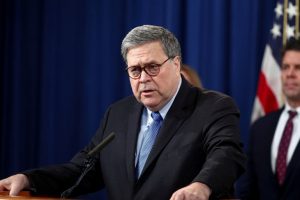 Hackers reportedly linked to the Russian government managed to hack into multiple US government agencies in what could be the largest hack of government systems since the Obama administration.

Malware inserted into third-party software may have given hackers access to various government systems for months. It went undetected until last week when a cybersecurity company that makes hacking tools discovered that its own systems were breached.

The Trump administration acknowledged reports that a group backed by a foreign government carried out a cyberattack on the U.S. Treasury Department and a section of the U.S. Department of Commerce.

“We can confirm there has been a breach in one of our bureaus. We have asked CISA and the FBI to investigate, and we cannot comment further at this time,” a spokesperson for the Department of Commerce told the media.

The hackers gained access by hijacking software from SolarWinds, a Texas-based IT company which said last week that some 18,000 of its government and business clients globally may have been exposed.

The commerce and energy department have already confirmed that they have been hacked, while numerous other federal agencies have said they were assessing for damage.

Microsoft, itself a casualty of the attack, said it had identified more than 40 of its customers who had been singled out for precise and sophisticated targeting, many of which were cybersecurity and IT companies.

But Trump, in his first public comments on the issue, appeared to undercut Pompeo’s remarks in a pair of tweets Saturday, suggesting without evidence “it may be China” that’s responsible. Instead of condemning the attack, or Russia, he wrote that he had been “fully briefed and everything is well under control” — despite officials in his administration have said this week that the cyberattack “poses a grave risk” to networks across both the public and private sector.

White House officials had drafted a statement assigning blame to Russia for the attack and were preparing to release it Friday afternoon but were told to stand down, according to people familiar with the plans. Officials initially weren’t told why the statement was pulled back.