Trump’s stance dangerous for US, Canada and Mexico’s economy

Trump’s government tough stance towards NAFTA talks is dangerous for the economy of the United States and Canada as well as Mexico.

“Five of the seven negotiating tables of the North American Free Trade Agreement (NAFTA) recently concluded in Mexico City, but we are still far from reaching a more modern trade agreement for North America in 2018,” warned the economist and research professor of El Colef, as well as national researcher of Conacyt, Dr. Alejandro Díaz Bautista.

The most difficult problems in a complicated negotiation are often saved to the end. These include the proposed sunset clause, which dissolves the trade agreement after five years if the three countries don’t agree to continue it, and unrealistic demands that 50 percent of auto parts come from the United States. 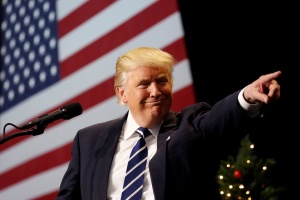 The tough stance of Trump’s administration and his apparent willingness to withdraw from NAFTA is the result of his idea that the economic relationship with many of the United States’ trade partners, and Mexico in particular, is a net loss for companies and US workers and a zero-sum game for the economies of each of the 3 countries.

The reality is that when it comes to renegotiating NAFTA, the best way for the Trump’s administration to fulfill his promise of putting the United States first is to put North America first in 2018.

About 80 percent of economists surveyed by the Wall Street Journal predict that a withdrawal from NAFTA would depress economic growth in the United States in the coming years. It would even trigger an economic recession, while causing enormous and potentially irreparable damage to our integrated supply chains and industry in the 3 North American countries.

We know that the representatives of the automotive industries of Mexico, Canada and the United States agreed to support and defend before their governments the rules of origin of the components that are used to assemble cars in North America as it is currently indicated in the North American Free Trade Agreement (NAFTA).

The United States is the main importer of armed cars in Mexico, since it represents about 77 percent of the vehicles that are made in the country; on the other hand, the American Union has its main auto parts client in its southern neighbor, more than Canada.

Most importantly, a first approach to NAFTA 2.0 would mean embracing the potential of a “century of North America.” North America has the opportunity to be the most formidable manufacturing platform and industry in the world, as well as the strongest regional economy in the world for the current 21st century.