Trump Does Not Support the COVID-19 Relief Package 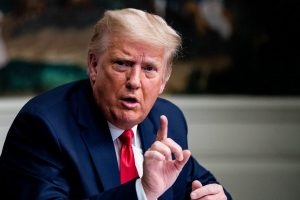 President Donald Trump, in a stunning Tuesday night tweet, called the $900 billion Covid relief bill passed by Congress an unsuitable “disgrace.” He urged lawmakers to make a number of changes to the measure, including bigger direct payments to individuals and families.

House Speaker Nancy Pelosi, one of Trump’s political arch-enemies, agreed with his call for $2,000 payments. Trump did not threaten a veto. He had been expected to sign the legislation into law, along with a $1.4 trillion spending bill to keep the government open. Congress passed the measure with veto-proof majorities.

“Republicans repeatedly refused to say what amount the President wanted for direct checks. At last, the President has agreed to $2,000 — Democrats are ready to bring this to the Floor this week by unanimous consent. Let’s do it!” House Speaker Nancy Pelosi said on Twitter.

The president’s tweet, which included a video of him discussing what he considers the bill’s many flaws, including funding headed overseas, came less than 24 hours after the Senate passed the measure. The foreign aid provisions are part of a $1.4 trillion measure to keep the government funded, which was paired with the Covid relief bill.

“I am asking Congress to amend this bill and increase the ridiculously low $600 to $2,000, or $4,000 for a couple,” Trump said in the video. “I’m also asking Congress to immediately get rid of the wasteful and unnecessary items in this legislation or to send me a suitable bill.”

On Sunday, Republicans and Democrats reached a $900 billion COVID-19 relief package after months of negotiations.

The agreement includes stimulus checks of up to $600 per person based on income, a federal unemployment insurance bonus of $300 per week, over $284 billion more in loans for businesses struggling to pay rent and workers, vaccine distribution funds, and $82 billion in funding for colleges and schools. It also includes the Democrats’ priority of $25 billion in rental assistance and an extension of the eviction moratorium.