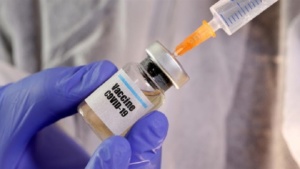 President Donald Trump had a press conference on Friday afternoon, his first public comments since Joe Biden was projected the winner in the presidential race — snapping the longest stretch of silence in his presidency.

Trump said the United States has a lower excess mortality rate than Europe, including many European countries, such as the United Kingdom, Belgium, Italy, Spain, and others.

“As soon as April, the vaccine will be available to the entire general population, with the exceptions of places like New York state where, for political reasons, the governor decided to say, and I don’t think it’s good politically, I think it’s very bad from a health point, but he wants to take his time on the vaccine, he doesn’t trust where the vaccine’s coming from,” Mr. Trump said. “… We won’t be delivering it to New York until we have the authorization to do so, and that pains me to say that.”

President Trump said Operation Warp Speed is a once-in-a-generation effort to ensure access to a vaccine and life-saving therapies. He said more than 140 clinical trials for therapeutics are underway and effective therapies have already been developed and deployed, helping lower the fatality rate by over 85 percent since April.

“The Administration is working to make these therapies and vaccines widely available in record time and as affordable as possible,” Trump said. “We are working to develop, authorize, and deploy potentially life-saving antibody treatments while a vaccine is developed.”

Operation Warp Speed’s goal is to produce and deliver 300 million doses of safe and effective vaccines with the initial doses available by 2021, as part of a broader strategy to accelerate the development, manufacturing, and distribution of COVID-19 vaccines, therapeutics, and diagnostics.

Trump’s speech was similar to his previous ones with no new information. He celebrated that Pfizer successfully tested a potential vaccine. Trump said he will not support a national lockdown to control COVID like the one proposed this week.

By: Javier Sánchez Valenzuela “El Cerveciáfilo” I don’t know why doctors and nutritionists disagree. Someone …