Trade War between the United States and China positions Mexico as the main U.S. partner

“The international economic analysis indicates that the trade war between the United States and China left Mexico as the main trading partner of the United States in the first half of 2019, due to its comparative advantages, such as geography, labor and the diversity of goods and services that can replace imports from China,” said Dr. Alejandro Díaz Bautista, economist, national researcher at Conacyt, as well as research professor at El Colegio de la Frontera Norte (El Colef).

A large part of the increase in US trade with Mexico is attributed to specialization since manufacturing and assembly plants have been redirected to take advantage of economies of scale.

The analysis also indicates that Mexico and Canada displaced China as the largest US partners in the trade of products during the first four months of 2019. 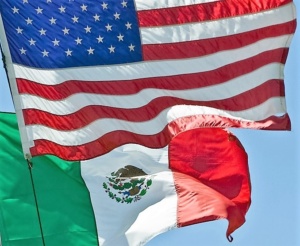 The main products that Mexico exports to the United States are vehicles and auto parts, boilers, machinery and parts; electrical machinery, sound, tv, and parts; medical, surgical, optical and photography instruments. Petroleum, fuel, and mineral, is in the fifth position with exports of $2,161 million. Furniture, bedding, lamps, vegetables, fruits, plastics, and iron items are among other Mexican products that are exported to the United States.

Mexico has gained greater participation in the US market compared to Canada and China.

Canada’s imports with Mexico totaled 158 thousand 143 million dollars, and US exports to Canada reached 48 thousand 554 million dollars. In addition to Mexico, Canada, and China, some other nations with an important commercial exchange with the United States are Japan, Germany, South Korea, United Kingdom, France, India, and Taiwan.

Finally, the trade war between the United States and China managed to position Mexico as the main US partner between January and June 2019, moving China to third place and placing Canada in second place, according to Census Bureau data from Mexico.