Touristic Letters Giving Identity to the Cachanilla City were Unveiled 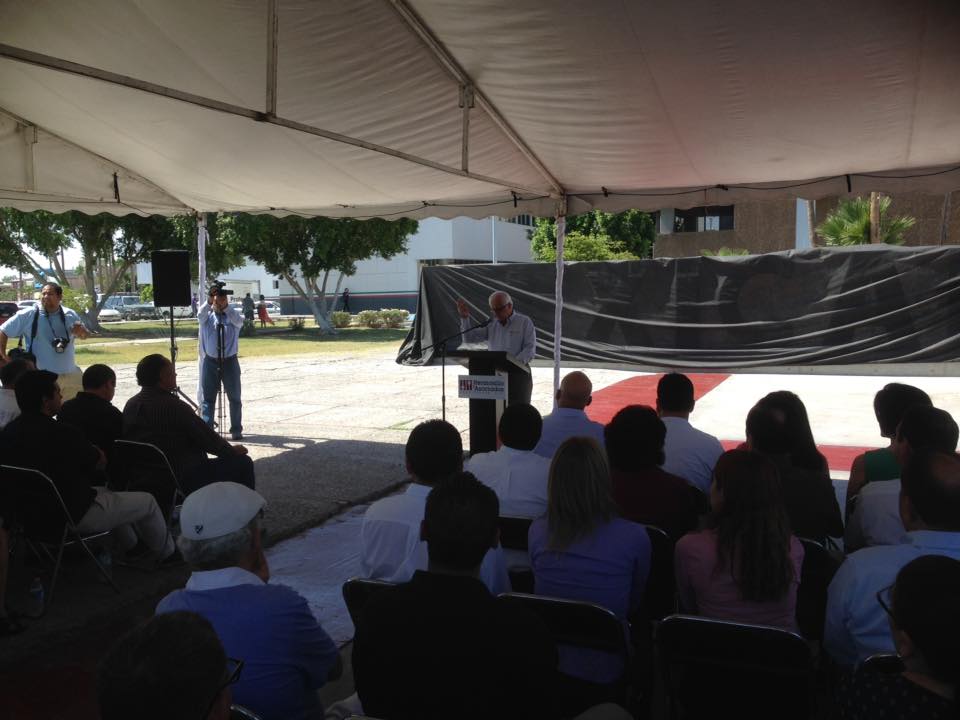 Mexicali. – As an initiative of the Cachanilla private enterprise, Hermosillo & Asociados, lead by architect and current Senator of the Republic, Victor Hermosillo Celada, this past Tuesday May 31st, the over two meters high monument formed by 8 letters of colors made ​​of steel was unveiled. It was made strong “so it lasts”, the senator said. This monument was given away as a gift of the company to decorate public spaces and give identity to the capital border city of Baja California.

The eight letters that make up the name of Mexicali and the concrete pad had an estimated cost of over 400 thousand pesos (23,300dlls), which was given entirely by the company, Hermosillo y Asociados. The steel structure is located in the forecourt of the Government Center, where the three state government branches and the City Council are located, right in front of the municipal offices.

The municipal authority, member of the city council and the Green Party ( PVEM ), Alejandro Flores Gudiño, welcomed private initiative to perform such acts that give a better image of the city and “decorate” public spaces.

Meanwhile, Hermosillo Celada declared the firm he represents is interested in creating “attractive structures” in order to place them strategically to generate greater identity for Mexicali. He said he does not have a political message by placing the structure on the campaign trail.

He also said they worked on the project for 4 months in coordination with the Economic Development Council of Mexicali (CDEM), with whom they agreed the colors and location of the letters.

“We have to decorate our city with trees, flowers and monuments, and we, as businessmen, are responsible to do our part so that it gets done,” said the PAN party legislator.

With this unveiling, Mexicali adds up to many cities in Mexico, such as Cancun, Puebla, Veracruz, Mexico City, Tuxpan, Morelia, Chapala , and the  recently inaugurated in the state by its city mayor in Ensenada, among other cities who already have their name in letters which will also be a tourist attraction for the capital city. 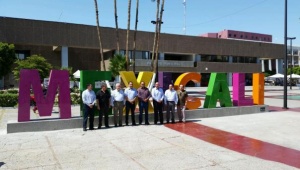