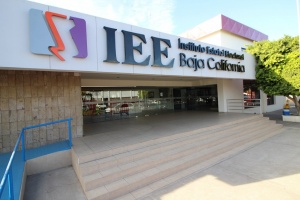 MEXICALI, B.C.- Today at 11 am the General Council of the State Electoral Institute of Baja California (IEEBC) met to celebrate the “Public Session with a Solemn Character of Formal Declaration of the Beginning of the Ordinary Local Electoral Process 2018 – 2019”.

The President of IEEBC, Clemente Ramos Mendoza, informed that the Session began with a civic ceremony and then the Solemn Session was held.

He explained that the Agenda included the discussion of the “Public Convocation for citizens interested in accrediting themselves as Electoral Observers for the ordinary local electoral process 2018-2019 in Baja California”, presented by the Committee on Regulations and Legal Affairs, chaired by the Electoral Councilor, Graciela Amezola Canseco.

“It is important that citizens are aware of the beginning of the electoral process, since the calendar contemplates various stages, which is why timely information is transcendental, until June 2, 2019, when the vote can be cast at the polls to choose the positions of governor, city- mayors and state assembly of the Local Congress, “said the presidential adviser, Clemente Ramos Mendoza.

Finally, he concluded by pointing out that in Baja California authorities and citizens have a great challenge because the participation of all is substantial, we need to be aware of the reality that surrounds us to make decisions and move from opinion to participation.