A cerebral vascular event is that catastrophic event where, for some reason, it is usually the blockage or rupture of a major artery in the brain, being very common in the middle cerebral artery, in 70% of cases, there is involvement of the area at the level brain which is irrigated by that artery, leaving the patient who suffers it with side-effects that can range from a chronic headache, speech impairment, to facial paralysis or to paralysis of half or the whole body or even at a coma and death. In the hypoxic-ischemic brain injury, we have a zone of direct damage and a zone of ischemic penumbra, in the zone of ischemic penumbra, we have an area that is more or less the same, of hypoxic gloom (lack of oxygen), and where the cells are suffering and can die if they do not receive an adequate level of oxygen. On the other hand, there is a similar mechanism in cases of traumatic brain damage, we have an area of or by contusion, which behaves as if it were a hypoxic lesion, and these patients have a post-cerebral contusion syndrome, with symptoms that last for a period of up to 3 months after discharge, whether or not they have side-effects 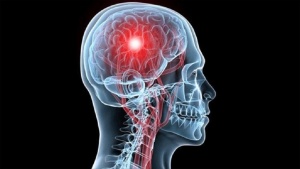 The behavior of health services conventionally consists of taking an expectant attitude and seeing “that the damage be delimited” in a period of several hours after the event, but in recent times, the behavior has changed to try to improve the state of the patient so that he does not lose cells by hypoxia (lack of oxygen), for that the phrase has been coined, “time is brain” where the 24 hours after the cerebral vascular event are critical, in order to stop the progression of the damage, not only waiting for that is limited, for this hyperbaric oxygenation is critical, achieving in most cases taking the damage to a minimum and greatly improving the quality of life of the patient and his family.