Tim Blankenship Leaves a Legacy of Service and Leadership 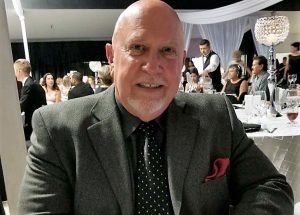 One of Imperial Valley’s most beloved and admired leaders passed away recently leaving a void to the people they knew him the most.

Services for Tim Blankenship this January will indeed be a celebration of a life well-lived. Separate events will be held in San Diego and El Centro on Jan. 9.

Blankenship, 72, a retired El Centro police lieutenant, an advocate for children and for his faith in God, died Nov. 30 at Sharp Hospital in Chula Vista. COVID 19 was the cause. Some of his final faith professions occurred at Sharp as he ministered to nurses and other medical professionals attending him.

“Tim had a real heart for God’s Church and people, and he showed it by his interactions with others,” said Walter Colace, pastor of El Centro’s Christ Community Church, where Tim and his wife Rosie attended for a number of years.

Timothy Gene Blankenship was born on June 1, 1948, in Calexico Hospital. He grew up in El Centro and graduated from Central Union High School in 1966.  Tim was a varsity diver.

Tim and Rosie were married on Jan. 1, 2005, sharing a life of love and service to their community.

He joined the El Centro Police Department in 1969 after graduating from a police academy held at Imperial Valley College. Blankenship rose through the police ranks quickly, becoming a sergeant in 1973. In 1994, Blankenship became one of the few officers in the Valley to graduate from the FBI’s National Academy. That was followed four years later with his promotion to lieutenant.

During his 34-year police career, Blankenship became a specialist in child abuse investigations and became the first officer in the county certified in that area. According to his wife Rosie, Tim trained teachers, administrators, and other police departments in Child Abuse investigation techniques.  He was a Board Member of the Child Abuse Prevention Council for 25 years and was instrumental with the start of the Children’s Fair at Bucklin Park.

“He said it was the toughest time in his career, yet the most rewarding. During this time, he met a lot of broken and hurting souls,” Rosie Blankenship said. “He was passionate about this work … On and off the clock, he made it possible for kids to have the resources they deserved: food, clothing, care, and shelter, but most importantly, a person they could trust.”

It was after he retired from the police department that Blankenship found a second career where he could help people—volunteer work. He became a mentor at the men’s home at New Creations in 2008 and continued there for seven years. New Creations, a ministry closely connected with Christ Community Church, is a drug recovery and rehabilitation program for men and women.

Colace noted Blankenship was “like a heat-seeking missile” when it came to assisting the men there in building their faith in God. “These were the same kind of people he used to arrest,” Colace noted. “He had a real heart for those guys,” frequently bringing them ice cream and sitting down to chat about their lives.

As men were released from the New Creations home, Blankenship also continued to work with them to bridge the gap as they began their new lives in society.

Blankenship, who graduated from the church’s I.V. School of ministry in Biblical Studies in 2006, also helped build a Men’s Ministry at the church and coordinated a bicycle rehabilitation program for youths who live in the church’s neighborhood.

Rosie Blankenship also related that Tim had the heart to assist children.

“He helped raise numerous kids, giving of his resources and time to ensure that they had what was needed to guide and train them; teaching them to stand for truth and justice,” she said. “He was so loving and caring, yet tough. No crossing the line. Let your yes be yes, and your no be no type of guy. Black or white, absolutely no grey.”

During his volunteer career after retiring from the police department, Blankenship served as a board member for IV Hope for Haiti, the Salvation Army, and as an at-large member of the county’s Area Agency on Aging Advisory Council. From 2016 to 2019, Blankenship also served as an Imperial County Court Appointed Special Advocate.

In a Facebook post after his death, CASA noted Blankenship “was a champion for foster children, always going above and beyond the call of duty. We are so saddened by this loss of such a warm-hearted community champion.”

Blankenship also was active in the El Centro Kiwanis Club and was the organization’s Kiwanian of the Year in 2002. He was president of the club in the 2018-19 years.

His work in the community also netted him some significant honors. In 2000, the NAACP in Imperial County awarded him its Black History Vanguard Award, and in 2019, Blankenship received the Stone of Hope Award from the Imperial Valley Dr. Martin Luther King Jr. Committee. The award is presented to those who best exemplify the philosophies of the civil rights icon.

His nickname for wife Rosie was “Sweet Baboo.”