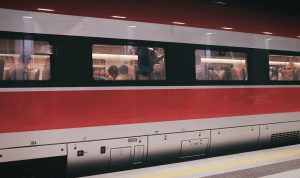 The Tijuana Interurban Train, a project led by the Government of Baja California, is progressing as an executive project and is currently in the preliminary work to start operations in 2024.

This was announced by Karen Postlethwaite Montijo, head of the Ministry of Infrastructure, Urban Development and Territorial Reorganization (SIDURT), who explained that this passenger transport will mobilize approximately 40 thousand people per day and would organize a safe transfer with reduced times and accidents, as well as strategic connections.

She indicated that together with the Institute of Sustainable Mobility (IMOS) they are working on the organization of routes and distribute them in 22 ordered routes that connect with stations and terminals of the Interurban Train.

“Currently there are 114 mass transportation (bus) and 125 taxi routes, so we have a problem of overlapping routes,” said Karen Postlethwaite.

The Secretary of Infrastructure explained that in coordination with the Tijuana-Tecate Shortway Administrator (ADMICARGA), a state government parastatal, the possibility of 2 terminals (T) and 7 stations (E) along 27.4 kilometers have been analyzed:

She assured that 56 regular and irregular level crossings have already been identified, and the operation will be designed in coexistence with vehicular traffic and public transport, as well as solving critical points of structures, risks, among others.

“The topographic survey was carried out at 100%, while the geotechnical study is at 60% and the hydrological studies are 30% complete,” Postlethwaite Montijo stressed.

She pointed out that once this work is completed, it will mean savings for users up to half of what they allocate for transport, in addition to health benefits, since it is expected to reduce carbon dioxide emissions and a better quality of life by reducing the time of transfer since the total route would be made in 45 minutes.