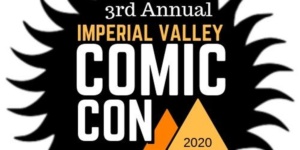 Comic book enthusiasts had the opportunity to meet celebrities and producers of the entertainment and comic book industry this weekend.

The Imperial Valley Comic-Con celebrated its third edition on Feb. 15 in El Centro were people enjoyed meeting the producers of their favorite comic books and people that have worked in major movies and television show production.

Personalities like Robbie Rist, the voice of Michelangelo in Teenage Mutant Ninja Turtles, Choji from Naruto and played cousin Oliver as a child actor on the Brady Bunch television show.

Dave Garcia, a local Imperial Valley legend. He is an artist who worked on the Teenage Mutant Ninja Turtles comic book series for Archie. He also worked on The Tick and created Panda Khan. He currently is working on his own title “Shadow of the West.”

Garcia is originality from Holtville and has contributed to many successful comic book projects over the years.