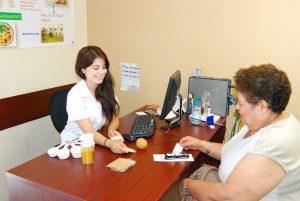 Due to the low temperatures and under prevention actions, the Institute of Security and Social Services of Government Workers and Municipalities of the State of Baja California (ISSSTECALI) call for the right to take necessary measures to avoid the spread of Acute Respiratory Infections (IRAS) since the consultation for these conditions increases during the winter season.

The General Director of ISSSTECALI, Dagoberto Valdes Juárez, declared that the increase in consultations is 30 percent more at this time, and although the institute has the infrastructure and the medical personnel necessary to face the expected increase in consultations for this season, the community is encouraged to take preventive measures into account to stay away from respiratory infections.

He explained that for the administration headed by Governor, Marina del Pilar Avila Olmeda, it is an urgent matter since prevention and care are essential to also reduce cases of SARS-CoV-2 contagion in all sectors of the population.

He warned that older adults, children under the age of 5, and people with a history of allergies are the most likely to develop everything from conjunctivitis and common colds, to exacerbations of sinusitis, rhinitis, and asthma.

Valdes Juárez added that among the preventive measures is to apply the influenza vaccine, for which he reiterated the importance of going to his closest unit to those who have not yet been administered it.

Another measure to prevent contagion is hand washing, which should be done several times a day with soap and water;  in case of not being able to do it, it is necessary to use antibacterial alcohol-based gel in any presentation.

The official recalled that this season it is essential to avoid touching your eyes, nose, or mouth since germs are spread in this way; kissing greetings and sharing personal items should also be limited.

Another measure is to keep our environments -the house, work, or the classroom- clean and ventilated, in addition to allowing light to enter, cleaning frequently used surfaces and objects, as well as ensuring a correct diet by consuming abundant vegetables, fruits (vitamin C), drink eight glasses of water daily, avoid conglomerate or poorly ventilated places, as well as close contact with sick people.

“While a person is sick, it is advisable to limit contact with other people as much as possible to avoid infecting them, cover your nose and mouth with a tissue when coughing, sneezing, or spitting and do not forget to throw the tissue in the trash after using it, and use mouth covers when necessary,” commented Valdes Juárez.

Finally, the head of the ISSSTECALI recommended avoiding self-medication and, in the event of a headache, fever, runny nose, and general discomfort, go to their assigned medical unit where they will be treated by a health professional.