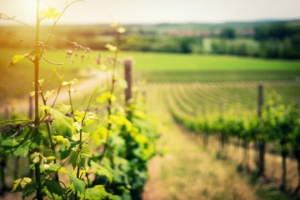 The traditional Harvest Festivities organized by the ProVino of Baja California Committee this year celebrate their thirtieth anniversary, a series of celebrations that began thanks to the vision of 9 wineries and their excitement to promote the agro-industrial vocation that today is a symbol of the identity of the state of Baja California. Currently, ProVino represents 67 winemakers in Baja California and the remarkable growth of this sector has positioned them as undisputed leaders at a national level, the promotion of the wine culture in 2019 attracted more than 120,000 visitors representing an economic impact of above $800 million pesos.

“The Wine Festival in its purest concept is the act of harvesting, that process does not stop because the land doesn’t understand pandemics. The way of celebrating it is the one that forces us to rethink on other schemes to commemorate the 30 years of festivities around the vine. We have plenty of reasons to want to share with all of our trades, unfortunately, this year the Wine Harvest Festival will not be in person until circumstances allow us to converge again, “added the press release.

Finally, they commented that they are designing a program with various actions to be able to give the recognition that the most important wine festivals in Latin America deserve. So they invite the community in the region to closely follow their social media platforms and thus be able to take part, once again, in the Harvest Festival of Ensenada, Baja California, Mexico.