It’s being said that most Mexicans have been moved by a thirst for change, that things should not be done wrongfully any more, that corruption should be eradicated, as well as nepotism and bad governments, and after their great desire to achieve this kind of change, masses have opted to give their vote to a party that has given the appearance of being like the promised land: Morena.

Morena achieves an overwhelming victory in the last presidential elections since the population was fed up with the traditional parties and were in search of a real change. Poor and rich, big and small, young and old, the majority, supported Lopez Obrador and now we are all waiting for the campaign promises to be fulfilled, but above all, we hope power is exercised correctly and real opportunities are created for all.

Baja California has also been infected by this wave of thirst for change. The population seems more than ever to be determined to punish those who have not done their job correctly, “the corrupt”, they say, and after that eagerness, their favoring vote towards the left party is speculated, since the majority of polls have shown a favored inclination towards that party.

However, we cannot go blind, we cannot allow that after that thirst for change we are confused and we don’t see the reality, since, after Lopez Obrador’s victory as president, many were empowered, favored by the support given to the now president in his campaign and aware that protection, they have shown arrogance and carelessness calling themselves victorious before even becoming so.

I am very impressed by the assurance some candidates have claimed to be victorious before having the certainty of being so, that corrupt politicians, those who are so repudiated are being recycled before the appearance of a supposed change, that a party can be seen blindly as a religion which must change things and that people may be blinded to reality. 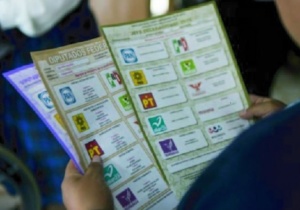 During these months of the campaign, candidates had the opportunity to show their intentions, their capacity, and their proposals. We were able to witness several democratic exercises where some candidates openly, after affirming their triumph before having it, failed citizens, multiple institutions, both governmental and civil, organized debates, campaign events where everyone would have the opportunity to debate and show their aptitudes, but the left party arrogantly refused to participate in most of them arguing to have a campaign strategy and feeling victorious before victory day.

My very personal point of view in relation to this is that after that disrespectful behavior, not only disrespect to established institutions but to the general public, I believe that Baja Californians are being underestimated, we are being seen as followers, like sheep, as people programmed to believe in appearances and not in real facts, we are being seen as people without common sense who do not have the ability to make the right choices after a reasonable judgment.

Therefore, I hope that most Baja Californians can prove the opposite and show their guts, that they are capable of making the best choices, and go out and assert their voice by voting, but above all, choosing according to good sense and after having done a good research of the proposals, background and behavior of those who aspire to govern us. How can we expect good government after a bad campaign?

We cannot live blinded by false illusions. No political party can and should not be seen as a religion that redeems its participants from all sins. And on this issue, I sincerely believe that no party can offer us what we ourselves cannot generate from within: a real change.

We need to remember that change starts from the way we live our lives, in our daily activities, in our civic responsibility and that together we must vote the person, not the party, for someone who can bring us more benefits as a society, who can generate the opportunities and the conditions we all need to thrive and be an attractive and competitive state globally.

A good leader is a role model in his behavior, in his expression, in his temperament, in his actions. A good political leader must first prioritize what is truly important in his list of political endeavors, a good politician must be empathetic and humble, he must have a true sense of responsibility and concern so that we all benefit, not just a favored group.

In these elections, I hope that we are able to demonstrate that we have the power and that we can make the right choices for the common good.