The United States and Mexico avoid a commercial war for sugar

Exercise in the sugar sector prior to the renegotiation of NAFTA.

“The sugar agreement was seen as a test for both sides before sitting down to discuss more complex issues under the NAFTA free-trade agreement between the United States, Mexico and Canada,” warned the economist and research professor of Colef, as well as a national researcher at Conacyt, Dr. Alejandro Díaz Bautista.

Such NAFTA renegotiation talks could begin in August 2017. US President Donald Trump wants to renegotiate NAFTA because he says it is responsible for the loss of millions of manufacturing jobs that have gone to Mexico. 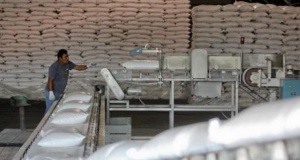 Supporters across the political spectrum say NAFTA creates jobs. The governments of Mexico and the United States announced a “principle of agreement” on the sugar trade between both countries. Under the agreement, Mexican authorities agree to reduce exports of refined sugar and, in return, the US suspends an investigation for unfair competition in the sweetener trade.

Currently, 53% of Mexican sugar sent into the US market is refined, which has led to complaints from local businessmen.

Secretaries Wilbur Ross of the United States and Ildefonso Guajardo of Mexico announced the sugar agreement. Since 2008, as part of the process of opening markets agreed in NAFTA, sales of the sweet were made freely, without any fee. But before the controversy, the United States Department of Commerce began an investigation to establish import tariffs. However, an agreement signed in 2014 suspended the process.

In exchange Mexico accepted that of the total of its exports the maximum 53% would be of refined sugar. In May of this year the US authorities asked to modify the quota, but its counterpart refused to do so. This reactivated the process to apply tariffs and forced to negotiate a new agreement that was finalized 24 hours after the originally established term.

The United States and Mexico, as well as Canada, are expected to initiate a renegotiation of the North American Free Trade Agreement (NAFTA) in August of this year. Such a negotiation would have trilateral aspects but also bilateral issues.