Breaking News
Home / INTERNATIONAL / The U.S. Will Not Participate in A Global Vaccine Effort Led by WHO

The U.S. Will Not Participate in A Global Vaccine Effort Led by WHO 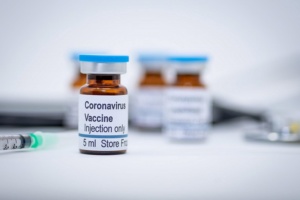 The United States will not participate in a global vaccination effort for COVID-19 since it has the involvement of the World Health Organization.

While many countries will join the global efforts to create a vaccine, the U.S. will not participate since they oppose WHO’s response to the pandemic and are trying to leave the organization.

The 75 countries, which would finance the vaccines from their own public finance budgets, partner with up to 90 lower-income countries that could be supported through voluntary donations to Gavi’s COVAX Advance Market Commitment (AMC). Together, this group of up to 165 countries represents more than 60% of the world’s population. Among the group are representatives from every continent and more than half of the world’s G20 economies.

“The United States will continue to engage our international partners to ensure we defeat this virus, but we will not be constrained by multilateral organizations influenced by the corrupt World Health Organization and China,” White House spokesman Judd Deere said in a statement.

“This President will spare no expense to ensure that any new vaccine maintains our own FDA’s gold standard for safety and efficacy, is thoroughly tested, and saves lives,” he said.

The goal of COVAX is by the end of 2021 to deliver two billion doses of safe, effective vaccines that have passed regulatory approval and/or WHO prequalification. These vaccines will be delivered equally to all participating countries, proportional to their populations, initially prioritizing healthcare workers then expanding to cover 20% of the population of participating countries. Further doses will then be made available based on country need, vulnerability, and COVID-19 threat. The COVAX Facility will also maintain a buffer of doses for emergency and humanitarian use, including dealing with severe outbreaks before they spiral out of control.