The sport of tackles is a moneymaker in the United States and Mexico. The 54th edition of the Super Bowl is one of the most-watched sporting events on the planet during 2020.

“The Super Bowl is the most important game and the end of the professional football season, but it is also a sports holiday that impacts the economy of the United States and even Mexico,” said Dr. Alejandro Díaz-Bautista, economist, as well as a research professor at the Northern Border College (El Colef).

According to estimates, over $14 billion in consumption related to the Super Bowl are spent in the United States over the weekend.

It is estimated that expenditures on beverages, food, and others increased by more than 2,000 million over last year.

For the Tijuana-San Diego region, we can say that the consumption related to the Super Bowl is in the tens of millions of dollars.

The Super Bowl can be seen by more than 200 million Americans on television, reunited with family or friends, in a bar, in the house, in a mall or a restaurant.

Advertising in the Super Bowl can cost millions of dollars during the event in the United States.

It is estimated that a 30-second commercial spot in the Super Bowl broadcast will cost the advertiser the record amount of $5.6 million and it is expected that the millions of Americans who watch the game on television disburse a total of $15.3 billion in Groceries and promotional items.

Many of the people who watch the Super Bowl are not necessarily football fans but are excited to see the commercials that are broadcasted during this sports event. 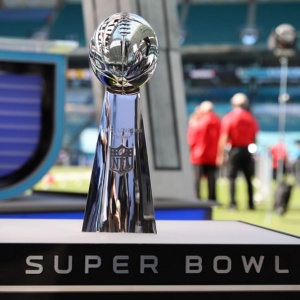 The economic analysis indicates that guacamole with tortilla chips is one of the most consumed snacks during the Super Bowl.

According to the United States Department of Agriculture, Super Bowl Sunday is the second day with the highest food consumption of the year, after Thanksgiving. While one of the favorite snacks of Americans is guacamole.

During the three weeks prior to the Super Bowl, the Association of Producers and Packers Exporters of Mexico (APEAM) estimated that about 120 tons of avocado were sent to the United States.

The Super Bowl has become a very important revenue generator for the US economy and even for the Mexican economy, especially in the border region.

Finally, Bloomberg estimates that the football league had revenues of $15 billion in 2018. While NFL commissioner Roger Goodell has set a goal to increase 6% every year until 2027 when he expects to generate about 25 billion dollars.