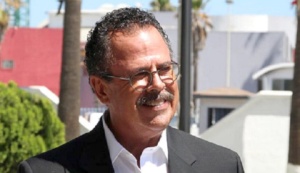 TIJUANA, BC, April 7, 2020.- As a follow-up to the economic reactivation plan in Mexico, the current administration in Baja California, headed by Governor Jaime Bonilla Valdez, will support entrepreneurs with credits in the face of the health contingency caused by COVID- 19.

The Secretary of Sustainable Economy and Tourism, Mario Escobedo Carignan stated that the State Guarantees Program will be announced, which consists of the State Government guaranteeing small and medium businessmen up to 5 million pesos with commercial banks.

“Since the beginning of this administration, we have worked to make Baja California the state where Mexicans find the job opportunities they are looking for, and today more than ever we have the opportunity to support them by offering loans to all the entrepreneurs,” he declared.

In that same sense, the state official said that the strategies followed by Governor Jaime Bonilla Valdez are hand in hand with the program that was released at the federal level last weekend.

“The strategy is to recover the country’s economy from the increase in public investment destined to the creation of jobs and to grant credits to small companies, Baja California is prepared so that once the contingency passes, it can attract foreign investment,” he said.

Escobedo Carignan affirmed that the state of Baja California has always been in the sights of foreign investors, especially the Asian market, so he hopes that once the contingency is over, the investments that are currently stopped will resume.

The Secretary of Sustainable Economy and Tourism said that for some weeks they have been working closely with Commercial Banking, Development Banking with the Federal Government and with the National Council of Science and Technology (CONACYT) to support companies in the face of this contingency, they are only waiting for the rules to know how they are going to operate and thus make them known to the public.