“After an economic review, the real unemployment rate probably already exceeds 16% in the United States due to an error in data collection,” said Dr. Alejandro Díaz-Bautista, an economist, as well as a research professor at the Northern Border College (El Colef).

There is an error in the way the dismissed workers were treated in the data system. April’s unemployment rate would have been nearly 20% without that mistake.

The official 13.3% unemployment rate in the United States, while still high relative to any point since the Great Depression in the early 1900s, probably underestimates the economic damage caused by the Covid-19 coronavirus pandemic during 2020. 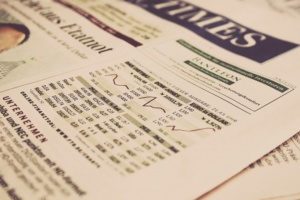 The Bureau of Labor Statistics, which released its monthly employment report, admitted that the official unemployment rate may be low relative to reality due to a data collection error.

More than 15 million workers, approximately 73%, of the total unemployed are on temporary layoffs in the United States and expect to be hired to work once business recovers. Similarly, the unemployment rate does not include the proportion of workers who may have left the workforce, perhaps because they are pessimistic about the prospects of finding a job in today’s economy.

While the unemployment rate for workers across the country was at 14.7% in April, a figure not seen since the Great Depression, according to data released by the Bureau of Labor Statistics. These devastating economic data affirms that Hispanic and African American communities have been disproportionately affected during this COVID-19 coronavirus pandemic.

Finally, Latinos represent 17.6% of the total workforce in the United States, but they constitute large segments of so-called essential workers, including 54% of agricultural workers; 38.8% of food manufacturing workers; 29% of medical assistants; 20.5% of supermarket workers; and 18.8% of transportation and public service workers.