THE RAILROAD AND BEER 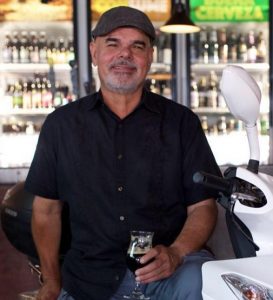 When we open a beer we never think about how it got into our hands, we just drink it and finish it. At that moment the last thing we want is to complicate our existence with something other than enjoying the beer and the company that we fortunately have.

In the nineteenth century the railway networks began to spread through the valleys, mountains, deserts, and forests of all countries in Europe, Asia and America mainly, allowing all kinds of goods to be transported to previously unreachable places. The use of train cars was a natural evolution of the wagons and ladles used in the mines that transported the product to rivers and ports where they were shipped. The development of rail transport began thanks to engineer Richard Trevithick, who in 1802 began trying out his new invention: the steam engine. This revolutionary engine, however, did not immediately displace horse-drawn carts for at least the next 20 years.

In England, the expansion of the railway had a direct impact on the growth of the industry in general, but particularly the beer industry, which was now able to produce and ship its product wherever it wanted, causing Pubs to spread and establish themselves on every corner. This growth occurred mainly between the years 1840 and 1870.

In the past, when beer was transported in horse-drawn carts, it could not be carried without damaging it further 15 to 20 miles from where it was made, keeping factory production volumes low. You have to imagine that with so many bumps on the dirt roads, the barrels would beat and even explode. The railroad ended all of that, initiating a golden age in the country’s beer industry. To give you an idea of ​​the growth experienced, the Bass brewery in Burton-Trent, which in 1837 produced 10,000 barrels a year, ten years later thanks to the railroad increased its production to 60,000 barrels.

In the United States, the story was not very different, being German beer immigrants who had the most advantage because instead of restricting themselves to set up their breweries on the Atlantic coast, they moved their factories to central lands to shorten the railroad journey to any point in the country, with the additional advantage that it is there where practically all the grains necessary to manufacture their brands are produced. Thus, cities such as Cincinnati, San Luis, and Milwaukee became the “Beer Cities” par excellence in the United States, keeping this status up to this date. 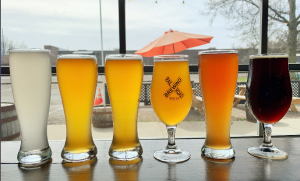 In Mexico, history repeated itself once more a few years later. Sending beer from Monterrey or Orizaba in Veracruz to any part of the country is no longer impossible. The railroad boosted the growth of what we now know as the two great producers: Cervecería Modelo and Cuauhtémoc-Moctezuma. Even in Baja California, around the 20th century, the railroad system was an essential part of the tremendous success of the first great industry of this State, allowing the transportation of Cerveza Mexicali to other parts of the country, mainly to the north of Mexico and the west of the United States.

Perhaps now the railroad is not as glamorous as it used to be, however, it is impossible to deny the great importance it had, especially throughout the 20th century, especially in the process of expansion of the beer industry in Mexico. Without this means of transport, nothing would be the same.

Peace and work for everyone.