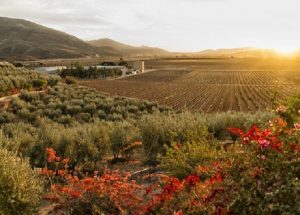 The Secretary-General of the Government in Baja California, Amador Rodríguez Lozano, said the legislation sent by Governor Jaime Bonilla Valdez and approved by the State Congress will make it possible to stop the disorderly growth and corruption that occurred in the Valle de Guadalupe.

He stressed that this new legislation will allow far-reaching changes in the area, such as a moratorium on permits for those who want to build new subdivisions, as well as the installation of bars, restaurants, and other businesses.

“The growth and development of the Valle de Guadalupe will be a reality, now the state will have new legal instruments, any subdivision that builds without having the necessary permits will be prosecuted ex officio, and all irregularities and corruption that may arise will also be punished rigorously. This includes in the use of land, in the authorization to build, and in granting liquor permits,” he said.

“There will be stronger instruments and above all with a suspension of the granting of permits, in the next three months, per what Congress determined, no permit of this nature may be granted, work and efforts will be coordinated, resources will be applied so that the Valle de Guadalupe continues to be the Valley that we all love and of which we are proud,” said Rodríguez Lozano.

He said that this new legislation, monitored by this inter-ministerial commission, will work to determine with certainty in which areas may be bars, in which areas, restaurants, hotels, but above all that there is growth and based on the legislation approved by Congress, sent by Governor Bonilla.

“Unfortunately, due to the corruption of the past, the Valle de Guadalupe had become a large cantina, where bars and canteens have been set up, left and right, and the viticultural vocation of our Valle de Guadalupe was already beginning to be abandoned, based on this, the governor ordered several secretaries to meet with winemakers from Valle de Guadalupe, with citizens, with organizations and that we create a plan to avoid disorder and lack of control,” said the Secretary-General of the Government at the end.