The Oldest Maquiladora in Mexico-EEMSA 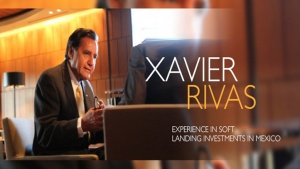 Fifty-one years ago, the company Ensambladores electrónicos de México, S.A. de C.V. was registered with the Mexican authority, a subsidiary of Hughes Electonics of California, United States. It is today the oldest in the Mexican Republic. It is currently a subsidiary of Rockwell Collins, a company acquired by United Technology Corporation, UTC, weeks ago, in an operation to buy its corporate parent for a 30 Billion Dollars value.

EEMSA was headed by Armando Avendaño, followed by Javier Gutierrez, followed by Anabel Valle and nowadays the leader, Charles P. Stroo and Ernesto Duarte. Located in PIMSA Mexicali, it’s the company that not only started the activity of the then Northern Border Industrialization Program, the maquiladora program, then took the first step towards the Mexican Aerospace activity. We remember Don Jaime Oaxaca, then Vice President of Lockheed Aerospace who supported Baja California in the beginning.

Carlo Bonfante, Secretary of Economic Development of Baja California, pondered EEMSA during the anniversary of the company, he stated “Baja California has been the trigger for this activity and thanks to the success of companies such as EEMSA, the activity has been extended to the entire Mexican Republic”. How right he is, I would add that there’s still much but much to develop. For his part, General Rodolfo Rodríguez Quesada from the Mexican Air Force and a great ally of the aerospace industry, bets on the development of more manufacturing through the Aerospace Fair of Mexico and his constant International efforts in coordination with the Baja California Aerospace Cluster who presides over the dynamic Tomas Sibaja.

Since its inception, the maquila program, formally known as Index companies, are organized in an impressive national body, its President, by the way, the Bajacalifornian Federico Serrano, who’s doing a very good role heading these companies, and who, at the beginning, bought 2% of domestic inputs and today buys equally 2% of domestic products, something not possible, so nations like Korea and China have surpassed us. My theory is that there’s no continuity of government programs, certainly a challenge at the Index table.

I remember at the Mexican Institute of Foreign Trade, IMCE, Bancomext and today PROMEXICO, that there have always been officials with a very good supporting attitude, who are prepared and have vision, but it’s not up to them. In my opinion it’s the system which simply does not achieve a traction to wind up greater integration. There’s also the Secretary of Economy who deals with and has achieved more but not enough regarding Mexico’s industrialization, which today seems more like a maquiladora nation than one industrialized by Mexicans and by national technology. There’s still time and certainly there are good examples but not enough.

I’ve received comments from business friends who are pleased to read my column, the consensus is that there’s anger because we don’t move forward but I tell business struggled friends that government should be a facilitator not a business promoter such EEMSA Rockwell which has 51 years without needing Mexican government to survive, we would have to decide whether to achieve progress, to innovate, to generate economy with our own initiative because out of desire creativity is born. I put Cesar Ponce as a role model. He’s a young entrepreneur who doesn’t stop to think about new ways to achieve objectives and to act on them. He has achieved a 100% high-tech Mexican company, yes we can!

Congratulations to the Mayors of Ensenada, Marco Antonio Novelo and Mexicali, Gustavo Sanchez, it looks they bring special vitamins, their tireless work to improve their Municipalities is noticed, although the lag is too much. It must be said, three years without truce will create progress, let’s move forward!