In early June 2020, the Mexican peso has recovered somewhat against the dollar as there is some optimism about the reopening of some regional and national economies amid the economic crisis caused by the Coronavirus (Covid-19).

“The Mexican peso begins June 2020 with an appreciation against the dollar, in a scenario where the dollar weakened in international markets and one month before the beginning of the USMCA trade agreement,” said Dr. Alejandro Díaz-Bautista, an economist, as well as a research professor at the Northern Border College (El Colef).

According to official data from Banco de México (Banxico), the Mexican currency appreciated 0.66 percent, at 22.07 units per dollar.

The USMCA will take effect on July 1 after the United States implements the last procedural steps for its implementation. Canada and Mexico have taken the necessary measures to fulfill their commitments under the Treaty between Mexico, United States Canada (USMCA), and the treaty will enter into force on July 1, 2020. 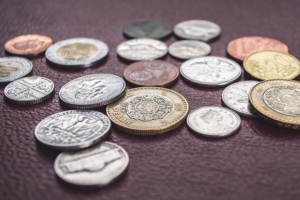 The entry into force of the USMCA marks the beginning of a new historical chapter for North American trade, by supporting a more balanced and reciprocal trade, leading to freer markets, fairer trade, and recovery and expectations of economic growth in North America by 2021.

The Treaty contains significant improvements and modernized approaches to rules of origin, access to the agricultural market, intellectual property, digital commerce, financial services, labor, and many other sectors.

These improvements will create more jobs, provide stronger labor protections, and expand market access, creating new opportunities for workers, farmers, and ranchers. It is mentioned that the United States did not withdraw from the trade agreement with China, which added strength to the feeling of risk in the markets.

The Mexican peso closed with gains against the dollar on the first day of June 2020. The exchange rate was in operations at 22.0770 units per greenback against the closing of 22.2240 units last Friday, with data from the Bank of Mexico (Banxico).

In its lowest registered value, the exchange reached 21.9335 units per dollar. The 22-unit level remains as strong support.