The limits to using walls for migration, drug trafficking challenges 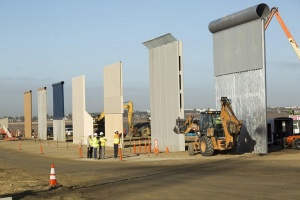 Right now, on a site near existing border wall outside San Diego, California, eight concrete-and-metal slabs sit awaiting judgment. They are prototypes for the Trump administration’s vision for a border wall that could cost between US$20 billion and US$60 billion to build.

In a new report, the Washington Office on Latin America points out that the section of the border where the prototypes sit—Customs and Border Protection’s San Diego sector—is a perfect example of how limited walls, fences, and barriers can be. This sector has 60 miles of border and 46 of them are already fenced off.

Here, fence-building has revealed a new set of border challenges that a wall can’t fix. The San Diego sector shows that:

The border doesn’t need a wall. It needs better-equipped ports of entry, investigative capacity, technology, and far more ability to deal with humanitarian flows. In its current form, the 2018 Homeland Security Appropriations bill is pursuing a wrong and wasteful approach. The experience of San Diego makes that clear.