Economic and commercial analysis of NAFTA and the new USMCA.

On July 1, 2020, the USMCA replaced NAFTA. The new treaty retains many of the NAFTA chapters while making notable changes to others, including those related to market access, provisions for automobiles and agricultural products, investment rules, public and intellectual procurement, as well as what property rights are (IPR).

It also contains stronger workforce and environmental provisions and adds new chapters on digital commerce, state-owned enterprises, and currency misalignment. In 2020, Mexico was the second most important country in trade terms for the United States, after China.

Merchandise trade between the two countries has increased since the entry into force of NAFTA. In 2020, the slowdown in the economy due to the COVID-19 coronavirus pandemic resulted in a 12% decrease in total bilateral merchandise trade from $614.5 billion to $538.1 billion. 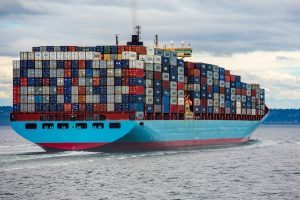 The United States shares strong economic ties with Mexico and any interruption of the economic relationship during 2021 could have adverse effects on investment, employment, productivity, and competitiveness in the North American area.