The Importance of the District Attorney Position in Imperial County 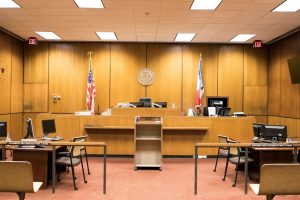 When the election of a new Imperial County District Attorney County is set and done later this year, it will mark a change in the justice system that has not been seen in nearly three decades.

As the elected District Attorney he served two terms as President of the California District Attorneys Association (CDAA) from 2002 to 2004, co-chair of the CDAA Rural Counties Committee, and was a member of the State Advisory Committee on Sexual Assault under the former California Office of Criminal Justice Planning.

Otero said in a press conference that he has no regrets during his time as D.A.

“I came to the District Attorney’s Office with no experience, preparation, or transition period but I knew I could do the job,” Otero said. “I’m leaving on my terms. I came in as a fighter and I will leave as a fighter.”

It will be the end of an era and the beginning of a new one. But the political race to elect a new one will be a hotly contested one and whoever gets elected will shape how the criminal justice system will serve the constituents for the years to come.

The district attorney, as a public prosecutor of both criminal and civil cases, ensures that justice is done and that the rights of all are safeguarded. The district attorney works with every component of the criminal justice system and the entire community, to protect the innocent, convict and appropriately punish the guilty, and protect the rights of victims and witnesses.

The District Attorney serves as legal advisor to the Grand Jury and, through its family support division, enforces parental financial obligations. The Board of Supervisors exercises budgetary control but not operational control over elected District Attorneys.

As of this writing, four candidates have declared their candidacy for this position.

Edgard Garcia received his Juris Doctorate from the California Western School of Law. Garcia was twice named Distinguished Advocate during law school and has extensive Family Law trial experience. Garcia is fluent in Spanish and is active in several professional organizations. Edgard Garcia focuses his practice on criminal defense and Family Law. He is a member of the El Centro City Council.

George Marquez works for the Public Defenders Office but worked for the D.A.’s office for several years. During his tenure as a Deputy District Attorney, he prosecuted many different different types of cases, including serious and violent crimes, and gang cases, and was also the juvenile prosecutor for approximately four years. As a prosecutor, he conducted jury trials, grand juries, preliminary hearings, and jurisdiction hearings, among others.

Mario Vela was born in Mexicali, Baja California, his family moved to Calexico when he was four years old. His father owned a car sales business. He graduated from Imperial Valley College before moving to San Diego. After graduating from UC San Diego he worked for a San Diego Law Firm before going to Boston, Massachusetts to get his law degree from Suffolk University graduating with a concentration in Trial and Appellate Advocacy.

Jason Amavisca was Deputy District Attorney and currently has his private firm. He began his career as a misdemeanor prosecutor and ascended to a felony-level prosecutor. He prosecuted serious cases from murder, attempted murder, sex offenses, robberies, manslaughter, driving under the influence, domestic violence, and white-collar crimes such as embezzlement and insurance fraud. He has experience of both having been a prosecutor for 6 years and in criminal defense for over 14 years.

District Attorneys are elected to 4-year terms in countywide elections. The elections occur during the midterms, which are in June in California. If no candidate gets more than half the vote, the two candidates with the most votes have a runoff in the November General Election.

California enacted nonpartisan primaries at the state and local level; all registered voters receive the same ballot regardless of party affiliation, and the top two vote-getters move on to the general election. The District Attorney race is nonpartisan so the political affiliation doesn’t have importance.

Voter registration closes 15 days before the primary election. The last day to register to vote is May 23, 2022.

Knowledge is power, and that is what voters will have next June 7 in the primary election where the decision will be made on the direction that the Imperial County prosecutor will take, in a county that has Mexico as its neighborhood where there are multiple legal situations and serious crimes, from drug trafficking, human trafficking, gangs and cross-border family problems where the highest judicial authority will play an important part, so knowing the campaign offers and the candidates’ background will be of great importance since the future of many will be in his hands.