The Impact of Wine On Health 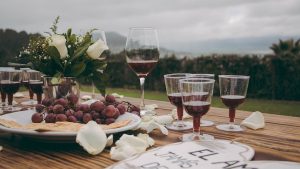 Winemaking, according to scientifically proven data, can date back to the Neolithic Circa 6000 BC. The vessels they found in the form of amphorae had residues of tartaric acid, an acid that provides much of the PH to the must.

The alcohol in the wine is a free radical called Oxidrile and it is very reactive. When it is ingested in moderate amounts, it awakens a reaction at the genomic level that challenges defense systems and the so-called antioxidant response systems are expressed where there are enzymes capable of modulating excess oxidation.

In addition to alcohol, wine has wonderful compounds called polyphenols. These compounds are popularly found in the plant kingdom and are called tannins. An unripe grape has many tannins and produces astringency in the mouth.

The color of the wine is basically due to the anthocyanins and anthocyanidins that give the blue-purple color in red wine, in addition to the flavones that give us the green-yellow tints of white wines. These substances, also called phytoalexins, are alarm response elements of the plant kingdom that act on the human species in various ways. Polyphenol elements have many qualities, including being disinfectants, hence, during the cholera epidemic, those who drank wine had a better chance of living due to the quasi-antibiotic effect of these compounds.

Resveratrol, another element in wine, has evidence that it positively affects the SIRT1 gene related to youth. Matsumoto C in a publication made in 2014 evaluates the beneficial effects in the prevention of vascular accidents and heart diseases through moderate consumption of two drinks in men and one in women. Anthocyanins from grape extracts and compounds such as resveratrol help to modulate inflammation (1), (2) have viricidal, fungicidal, and bactericidal properties.

The phenomenon called the “French Paradox” was published by the scientific journal LANCET in the 1980s where it was studied why the French have less incidence of cardiovascular diseases despite consuming animal fat such as butter and meat fat.  It was theorized that wine and its phenolic compounds were responsible. The Mediterranean diet rich in olive oil (polyphenols), spices, high consumption of fish, and omega 3 (3) is also mentioned.

Wine certainly relaxes and encourages relationships, food is better appreciated and therefore stimulates digestion.  Remembering the wise words of the great physician Teofrast Bombast Hohenheim known as Paracelsus: “If wine is medicine or poison, it is a question of the dose.”